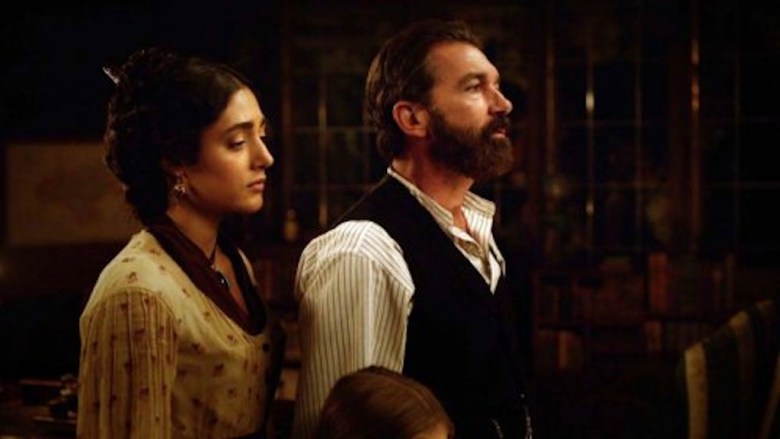 The tension between science and religion rages on far into the 21st century, but the two have been in conflict with each other since the beginning. The new film “Finding Altamira,” directed by Hugh Hudson (“Chariots of Fire”), places that conflict at its center. Antonio Banderas stars as Marcelino Sanz de Sautuola y de la Pedrueca, an archaeologist who in 1878 accidentally discovers a cave filled with ancient paintings. When it turns out that the art is over 10,000 years old, it inspires wrath and condemnation from religious and scientific communities who refuse to accept their conception of human history has been flawed. Now, Marcelino must choose to do what’s right, even though it might put his family and reputation in jeopardy. The film also stars Golshifteh Farahani (“About Elly”), Rupert Everett (“Shakespeare In Love”), Pierre Niney (“Yves Saint Laurent”), and more. Watch a trailer for the film below.

Antonio Banderas is best known for his series of films with director Pedro Almodóvar — “Labyrinth of Passion,” “Matador,” “Law of Desire,” “Women on the Verge of a Nervous Breakdown,” “Tie Me Up! Tie Me Down!,” “The Skin I Live In,” and “I’m So Excited.” He’s also known for his high-profile Hollywood work, like “Philadelphia,” “Desperado,” “The Mask of Zorro,” “Spy Kids,” and the “Shrek” franchise. He most recently appeared in Terrence Malick’s “Knight of Cups” and the Chilean film “The 33.”

This Article is related to: Film and tagged Antonio Banderas, Trailers