"It's so rare when marketing and press doesn't ruin your movie. This is a chance to not have that moment be ruined." 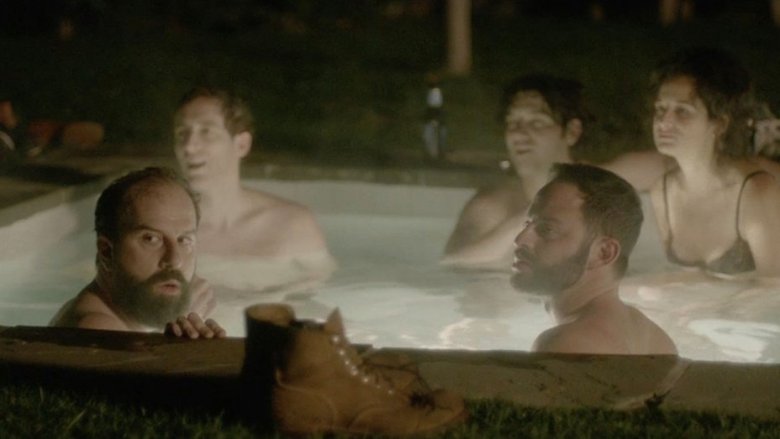 If filmmaker Jeff Baena had his way, this interview wouldn’t exist. The filmmaker behind films like “Life After Beth” and the soon-to-be-released “Joshy” isn’t a fan of playing to the press or penning long synopses of his films or, really, releasing any kind of information about his projects before they hit the big screen.

Unsurprisingly, Baena breathed a sigh of relief during a recent interview, when I mentioned that a first act plot point in his Sundance premiere “Joshy” genuinely surprised me. It’s a major element of the story – and one that won’t be spoiled here – that’s neatly obscured by the film’s upbeat marketing and a very well-worded official synopsis.

“That was intentional,” Baena said. “Ideally, I don’t necessarily want to talk about it. It’s so rare when marketing and press doesn’t ruin your movie. This is a chance to not have that moment be ruined.”

“Joshy” was initially set as Baena’s feature directorial debut, but when producer and star Adam Pally’s mother suddenly passed away, Baena pivoted to another script he’d been working on for years, the zombie dramedy “Life After Beth.” Baena started writing that script back in 2003, just as production was wrapping on Baena’s Hollywood debut: “I Heart Huckabees,” which he co-wrote alongside director David O. Russell. Both films deal with grief in different strokes, as “Beth” follows a heartbroken boyfriend (played by Dane DeHaan) who attempts to resurrect his newly zombified girlfriend (Baena’s real-life partner, Aubrey Plaza). While the film happily embraces its blood-soaked genre, it also offers some tough lessons about love, loss and moving on. That’s all in “Joshy,” too.

The film follows Thomas Middleditch as the eponymous character, still reeling from the sudden end of his engagement to the bubbly Rachel (Alison Brie). In an attempt to cheer up their pained pal, some of Joshy’s friends (including Pally, filmmaker Alex Ross Perry and Nick Kroll) decide to take him on what would have been his fun-filled bachelor weekend.

High jinks certainly occur, but in a situation that’s elementally built on heartbreak, there’s also a refreshing amount of time spent on the complexities of human emotion. And while the logline for “Joshy” may sound like 16 other films that debut at Sundance each year, that’s mostly because of what Baena is purposely obscuring when it’s time to talk about the film.

Another thing the film’s zingy, upbeat marketing is hiding? A number of unexpectedly dramatic performances from a cast mainly known for their comedic chops, especially “Silicon Valley” star Thomas Middleditch and the always-hammy Adam Pally.

“I think everyone in this movie is an amazing actor and hasn’t really had an opportunity to show off their abilities,” Baena said. “If you can get a smart, funny person, they’re capable of doing anything, because they understand everything.” Baena also personally knows a number of his stars – Plaza pops up in a supporting role, Pally is arguably the film’s big breakout and fellow filmmaker Paul Weitz has a small part, just as he did in “Life After Beth” – and Baena sees tremendous value in that kind of relationship, as it forwards his desire to strip his films of artificiality.

“I don’t try to make actors play crazy characters, I like where there’s a certain element of who they are and truth to their performances,” the filmmaker said. “The closer you are to them, the more you know what they’re capable of and really who they are.”

“Joshy” also boasts a number of directors-turned-actors (at least temporarily) filling out its supporting ranks, including both Joe and Kris Swanberg (and their eldest child, “Happy Christmas” breakout toddler Jude), Weitz and Perry, who’s credits include “Listen Up Phillip” and “Queen of Earth.”

“They’re purely there as actors, but the difference between an actor and a director, they just understand it from my side, from behind the camera,” Baena said. “For me, the whole idea of performance is not being self-aware, and then sort of just experiencing.”

Baena’s next film, “The Little Hours,” will again see the filmmaker working alongside close and frequent collaborators, including Plaza, Brie, Pally and Weitz. That’s about all we know — and certainly all Baena is prepared to offer.

“I’m definitely trying to keep it under wraps,” he said when asked about the project. “I try to keep everything under wraps. Everything I can do to make sure people don’t know what they’re getting themselves into, I will do it.”

“Joshy” will be in theaters and On Demand on Friday, August 12.

This Article is related to: Film and tagged Interviews, Jeff Baena, Joshy, The Little Hours