At the film's Venice press conference, the duo talked about how their film harkens back to the past. 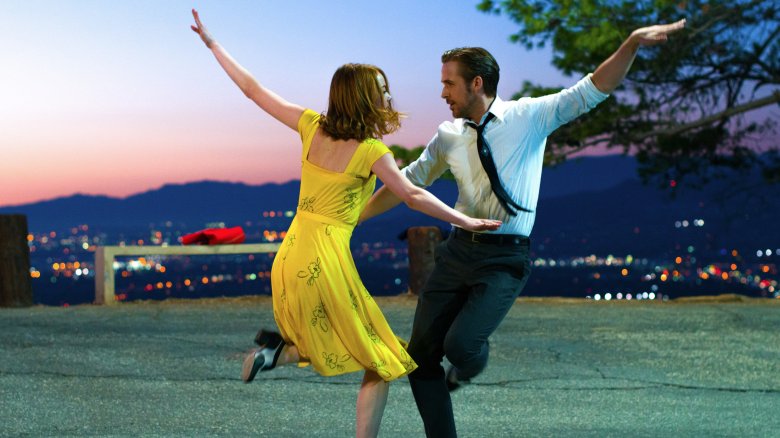 Before taking questions at this afternoon’s festival opening press conference, “La La Land” director Damien Chazelle took a minute to honor the victims of last week’s earthquake in Central Italy. That brief tribute had further echoes when the director started describing his work, and noted that “now, more than ever, we need hope and romance on screen.”

I doubt anyone in the room would disagree, least of all for this particular film, which received sustained (and well-deserved) applause at its two press screenings this morning, and has sent Venice’s notoriously ornery press toe-tappin’ down the Lido. Indeed, most of them took those good feelings right into conference room, resulting in a press avail that was somewhere between a victory lap and a group hug. Though most in the room opted to praise instead of probe, here are the day’s four interesting takeaways.

1. Chazelle continues to mine his own creative life in interesting and evolving ways.

“No matter what the movie’s about, it has to be about you,” he explained.

“Whiplash” is not just about jazz drumming, though Chazelle himself is well acquainted with that world. The film is as much about process; about the drive, sacrifice and bits of madness needed to conquer any kind of competitive field – as true for big city jazz as it for mounting an independent film.

While Emma Stone and Ryan Gosling’s Mia and Seb share similar traits with Miles Teller’s Andrew  – all jazz aficionados, all aiming for greatness in the arts – Chazelle moves their careers further along, to the point where they actually taste success. “La La Land” is not just about the push to get up the mountain, but also what the view looks like from the summit. “A lot of things can happen after Happily Ever After,” said Chazelle.

2. The cast and crew took inspiration from anywhere and everywhere.

Starting during rehearsals all going the way through production, the entire team held weekly screenings, watching films like “Top Hat,”“Singing in the Rain” and “The Young Girls of Rochefort.” But they didn’t only screen classics of the genre. “This was a movie where you left the floodgates open,” the director explained, mentioning Fellini’s “8 ½” as inspiration for the film’s traffic jam-set opening number.

Emma Stone took even took inspiration from a particular person. “When Conan O’Brien left his show…he made a speech at the end of it, saying let go of cynicism, that cynicism was the ugliest thing.” That, she continued, is the idea that infuses the film and her role.

3. The team worked hard to establish a very unique balance.

Chazelle and company pointedly included iPhones, Prius’ and L.A. ephemera amidst the effervescent musical numbers, the better to ground the throwback film well within the modern day. “It’s only with the real backdrop that I think the fantasy works,” the director explained.

They worked to create an emotional balance as well, where “no one breaks into song unless it’s emotionally justified,” and where the joys of song and dance can quickly give way to the disappointments of the day to day, something Chazelle particularly cribbed from the Golden Age style.

“The song always ends at a certain point,” he pointed out. “[You] always feel sad when a Fred & Ginger song ends… [because] you return to life.”

4. Team “La La Land” might be singing the same song throughout awards season.

No fewer than four journalists asked about the film’s tonal balance, which gives equal berth to the bitter and the sweet. Try as Chazelle did to explain it – to “try to take the old musical but ground it in real life, where things don’t exactly work out” seemed to say it all – lo, another journalist would pop up to voice a similar thought. Might be that its early and in the fest, and journalist were still riding the film’s champagne cloud, or could be the emergence of a common refrain for the many months to come.

Whatever the case may be, team “La La Land” got pretty good at fielding those questions by the end. Emma Stone even worked some of that tonal whiplash into a completely different answer. At one point, after genuinely praising her director’s thought, creativity and work ethic, she cast her head back and with a devilish grin quipped, ““I’m just kidding – he’s garbage!”

“La La Land” premiered at the Venice Film Festival and will be released theatrically December 2.