Nuno Baltazar on his career shift from graphic design to filmmaker. 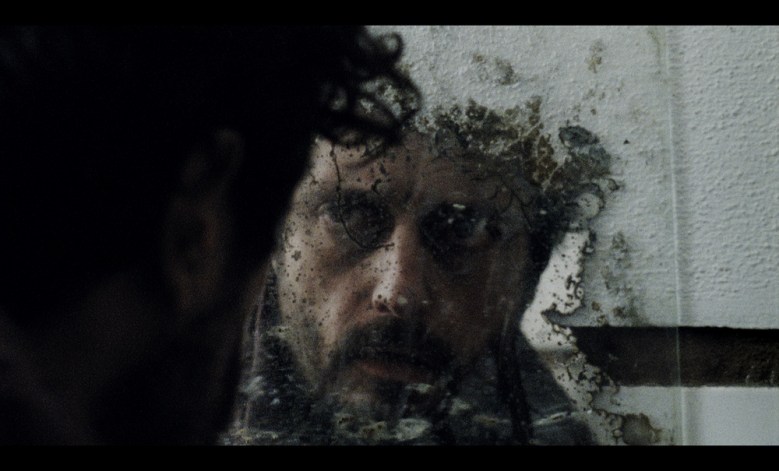 In “Doce Lar,” the muted debut short from Nuno Baltazar, a weathered man lives alone in a crumbling prison, afraid of all that lies outside and depending only on himself to survive. The Lisbon-born Baltazar is similarly self-sufficient: in addition to writing and directing “Doce Lar,” Baltazar edited and produced the film. The decision to be a total filmmaker has it’s roots in deciding to start making movies after several years working as graphic designer.

READ MORE: Auschwitz With Jokes – How a Young Israeli Director Made a Teen Love Story In An Unlikely Setting

“I didn’t want to go back to university to go to film school,” he told Indiewire. “I wanted to just hit the ground running and figure it out by myself.”

This decision has proven to have worked well for him given his acceptance into  the prestigious Cannes Film Festival’s Cinéfondation Résidence earlier this year. Not long after starting the transition to film, Baltazar was able to parlay a reel of music videos he made for friends into a succession of commercial directing jobs. According to Baltazar the years he spent making commericals helped him develop a dogged efficiency.

The majority of scenes in “Doce Lar” were shot in one take. Baltazar attributes much of this to his capable lead actor, Adriano Carvalho, who spent a week living among the homeless in Lisbon to prepare for the role.

“When he came in to shoot he was a completely different person,” said Baltazar. “From the first day I could see, this guy knows what I want and he knows what he’s doing.” Baltazar’s sharply-defined vision for the film is equally evident, yet according to him it was the mistakes he made while directing his first fiction film that taught him how to be a more precise and in control filmmaker. After noticing a missing quality in “Doce Lar” while editing, Baltazar realized he needed to refine his writing process.

“Now I write and I edit the writing as [if] I’m editing the film. I know that eventually what I’m going to shoot is going to be very close to what I have to do in the edit,” said Baltazar.

Knowing exactly what needs to be captured is especially valuable given Baltazar’s usage of film rather than shooting on digital.

“I learned my skills as a director doing commercials always working with film,” said Baltazar. “So when I decided to do the short film from the get-go I said, whatever it’s going to be, I’ll shoot it in film.”

It didn’t faze him that choosing film meant putting his own money into the project, even though the nation was in the midst of a financial crisis. “It begged to be in 16mm,” said Baltazar. Film will be Baltazar’s tool of choice again in his planned feature debut “Frontera.” The drama will depict the unvarnished tribulations of a migrant worker forced to live in isolation.

“If I use digital to do it, it will immediately be labeled as something contemporary. That’s why I’m going [to] use film, to give that sense of timelessness,” said Baltazar.

By unmooring the story from time, Baltazar will stress that the modern-day enslavement of migrant workers in Portugal is as much a problem today as it was forty years ago when the nation suddenly withdrew from its African colonies. The direct inspiration for the film, however, specifically comes from recent times.

Baltazar had been observing the construction of a building across from his apartment in Lisbon.

“At some point I could see the work stop,” explain Baltazar. “Then I started to see someone walking around the building—the building was half built, it was only cement and bricks. This guy was walking around alone and getting drunk every night and singing.”

Curiosity got the best of Baltazar, and he flagged the man down to see if he had a story to tell. The resulting yarn—an accident leading to a construction embargo caused the worker, an illegal migrant from Cape Verde, to be bullied into minding the site by his boss—fascinated the filmmaker.

According to Baltazar, this what defines him as a filmmaker. “I always like to work like that,” he said, “picking up something from reality itself then making a story out of it.”

This Article is related to: Film and tagged Interviews, Locarno 2016, Locarno Critics Academy