The Berlin-winning filmmaker explains why he prefers working with non-professional actors. 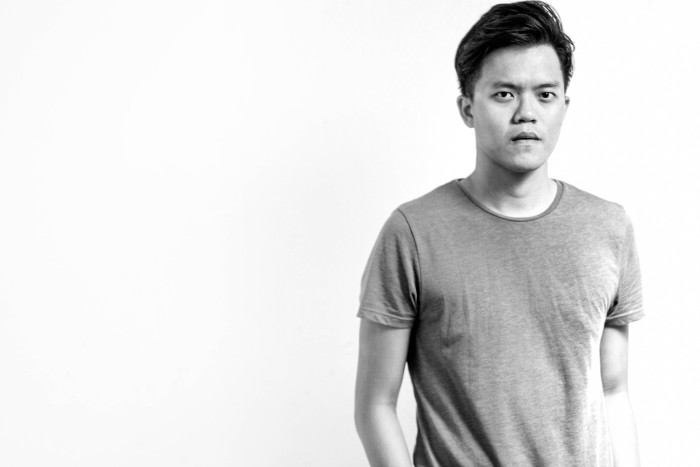 With no prior film education, filmmaker Wei Liang Chiang relocated to Taiwan to participate in the sixth Golden Horse Film Academy under the mentorship of filmmakers Hou Hsiao-hsien and Arvin Chen. Like his cinematic mentors, Chiang’s work, varying from realist portraits to melodramas, captures the intersection of the personal and political with patience and warmth.

His 2015 film, “Anchorage Prohibited,” won the Audi Short Film Award at the 66th Berlin International Film Festival. Comprised of long takes and minimal dialogue, the film follows two Vietnamese migrant workers in Taiwan with nowhere to go and little to provide for their baby, whose future remains up in the air.

Indiewire recently spoke with Chiang, who is currently participating in the Locarno Filmmakers Academy at the Locarno Film Festival, where “Anchorage Prohibited” is screening.

Why and how did you first get involved in filmmaking?

I didn’t study film in college. I was in journalism school, but a bunch of seniors in school were into cinema. I went to one of my senior friend’s shoots, and during the shoot, we were caught by the police, because you need a permit in order to film. Our footage was confiscated, but we ended up making a mockumentary about the experience. And that was how it started.

Because of your closeness to Taiwan, do you feel a degree of distance with Singaporean cinema?

There is not as much distance, in the sense that when I see Singaporean elements in films, I see them as familiar. But there is a distance in that in Singapore we tear down so much of our country, and we build new things. But when the new things get older, they get torn down again. Whatever it is that has come before, there’s only a little left. In this sense, every time I go back home, there’s a widening gap between what Singapore is to me and what it is right now. But that is happening everywhere. Your short film “Anchorage Prohibited,” which is screening here in Locarno, is about two Vietnamese migrant workers in Taiwan, and their baby. What inspired you to focus on these characters and their story?

In Taiwan, and in Asia in general, there is a strong sense of nationalistic identity. But it becomes insular sometimes. In an increasingly nationalistic climate, anchorage is still prohibited everywhere — many find their way but cannot settle down. There are many films talking about the new members of society, but it is seldom from the perspective of these people. We see these people living among us, but it is not our default setting to take an interest in them, because we are preoccupied with ourselves. “Anchorage” comes from that point.

You mentioned before that you utilized street casting to find the main characters. Why did you choose to do so?

Non-actors give off this aura that is very hard to find in an actor, unless an actor devotes his time to understand the character. I don’t shoot [longer than] three days, and it is hard for an actor to develop a connection to a character in that amount of time. The actors are actual workers from the plastic factory. So there is that exhaustion and weariness, even in the way she holds her baby, because she left her own baby in Vietnam to come here. The beauty of non-actors is that they provide this texture and realness in their gestures and behavior. Who are your influences?

You were previously a part of the Golden Horse Film Academy, led by directors Hou Hsiao-Hsien and Arvin Chen. What did you learn from both directors?

During the Academy, Hou Hsiao-hsien always repeated this line: “cinema must come from non-cinema” — life. From Arvin Chen, I learned by watching how he works with people – his actors and crew. If you see his films, they are very warm, just as he is a warm guy. The way he approaches people and cinema is something that’s very conducive to a good working environment and for the welfare of others.

Are there any projects you are currently working on?

I’m working on a short, continuing my series of short films that connect Taiwan to other countries in Southeast Asia, just as “Anchorage Prohibited” is about the relationship between Vietnam and Taiwan. There is so much that I want to try out in short filmmaking, so I’m not in a hurry to make feature films.