Exclusive: The Lonely Island was behind the sketch comedy series, which aired for 10 episodes this spring. 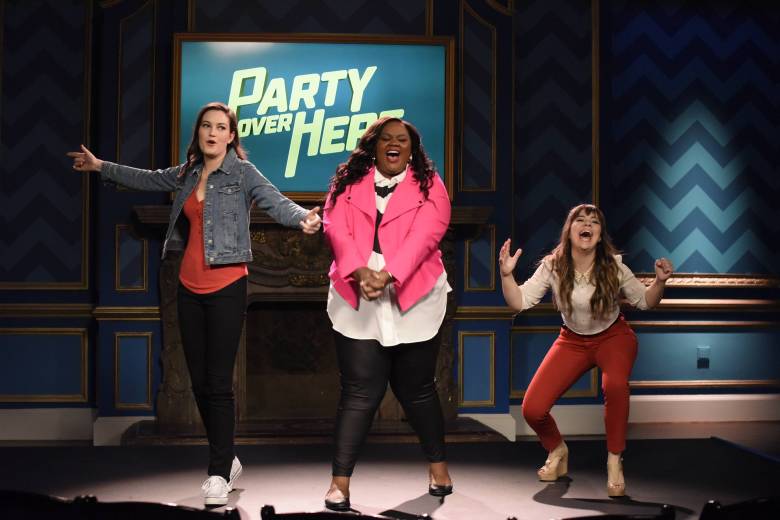 This “Party” is over.

Fox has opted not to make any more episodes of “Party Over Here,” the network’s most recent attempt to get back into the sketch comedy game. The show, which aired earlier this year, came from the Lonely Island and showrunner Paul Scheer.

“It was an effort to try to do something interesting at a low price point with content creators who we like a lot,” said Fox TV Group chairman Dana Walden. “We were hopeful that little elements of the show might go viral.” But launching the show late in the year proved to be challenging, particularly with so much attention focused other late night shows. “It’s just really hard,” Walden said. “Launching something that competes with ‘Saturday Night Live’ in that space, it’s really hard but we wanted to experiment with it.”

Byer (who now has a new show on MTV), McKenna and Rich are all Upright Citizens Brigade alums. The series, which taped in February at downtown Los Angeles’ Alexandria Hotel, steered clear of current events. Instead, its edgy fare included one sketch where Byer simulated sex with a ghost and a fake TV commercial about “transvaginal mesh.”

“Party Over Here” was Fox’s latest attempt to program the Saturday late-night slot, where the network once aired sketch series “Mad TV” (now on The CW) and irreverent animation block Animation Domination HD.

The show was part of a larger production deal that the Lonely Island troupe (Andy Samberg, Akiva Schaffer and Jorma Taccone) have with Fox.

This Article is related to: Television and tagged Fox, Paul Scheer, The Lonely Island