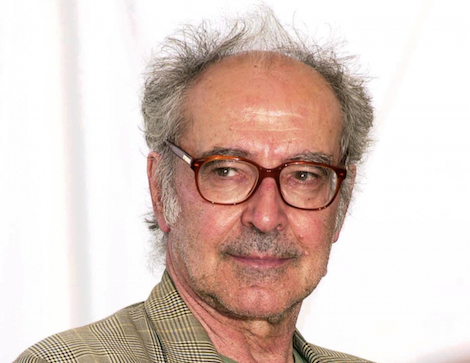 Legendary French New Wave director Jean-Luc Godard has created a legacy with masterpieces like “Breathless” and “A Women Is a Women.” Now, the helmer is becoming the subject of “The Artist” director Michel Hazanavicius’ romance drama “Redoubtable.” The project was announced back in May, and now the filmmaker has released a handful of new images from the project.

The film is based on Anne Wiazemsky’s autobiography, “Un An Après,” which chronicles the actress’ blossoming romance with Godard during the making of the 1967 film “La Chinoise.” The duo, who married shortly after, also collaborated on “Week End” and “Sympathy for the Devil” before divorcing in 1979. In the first pictures, “The Dreamers” actor Louis Garrel channels the iconic helmer, while “Nymphomaniac” actress Stacy Martin portrays Wiazemsky.

Hazanavicius states in his Facebook post that he has always admired Godard’s work and has been fascinated by this period in our history. He is currently in the middle of filming and states that the picture will be a comedy.

“Redoubtable” has no official release date yet, but hopefully the helmer will keep audiences and fans updated with more info on his film through his social media page.

The movie follows Hazanavicius’ poorly-received 2014 World War II drama “The Search. The director is best known for his 2011 picture, “The Artist,” which took home five Academy Awards, including for Best Director and Best Picture.

Check out the first images below: