"Phineas and Ferb" creators Dan Povenmire and Jeff "Swampy" Marsh are behind the new series, which premieres in October. 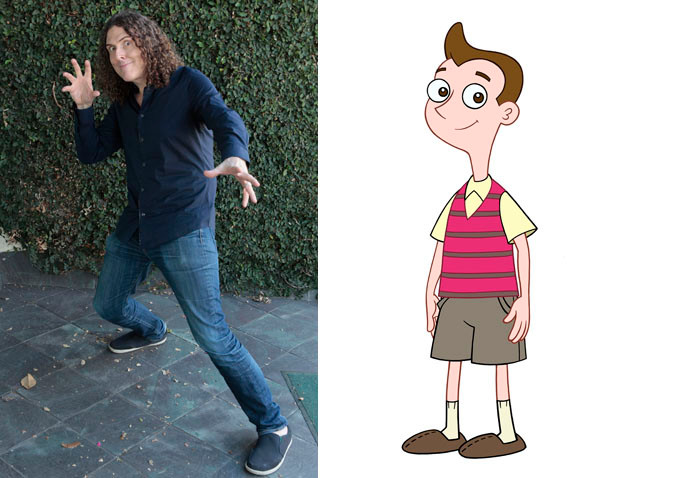 Not only does “Weird Al” Yankovic voice the title character to Disney XD’s new animated series “Milo Murphy’s Law,” but he also sings the theme song.

The show, from “Phineas and Ferb” creators Dan Povenmore and Jeff “Swampy” Marsh, follows the exploits of 13-year-old Milo, whose great-great-great-great grandfather originated the phrase “Murphy’s Law.” Unfortunately, Milo – voiced by Yankovic – has inherited the misfortune that comes along with it.

In the show, Milo is the latest in a long line of Murphy boys who have developed “Extreme Hereditary Murphy’s Law Condition.” But he’s ready to combat any situation, turning each disaster into an adventure.

Povenmire and Marsh also lend their voices as “pistachio protectors from the future.”

Besides singing the theme song, Yankovic also contributes other songs to the show. Here’s your first look at the opening credits to “Milo Murphy’s Law.”

And here’s a first look at key art from the show: