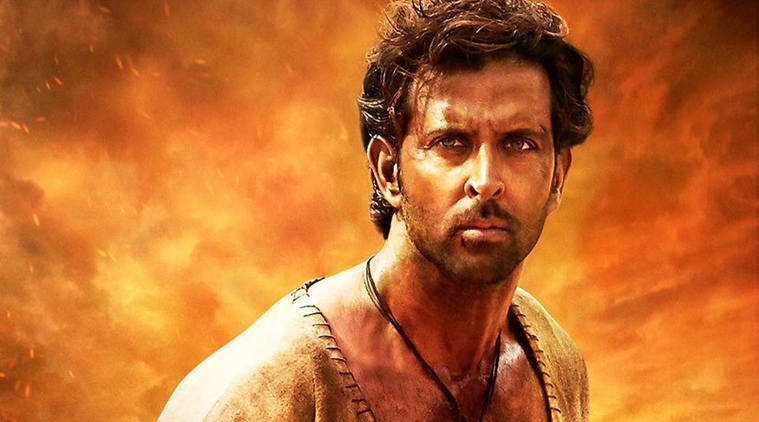 In 2001, Ashutosh Gowarikar’s “Lagaan” became the third Indian film in history to receive an Oscar nomination. The story, featuring villagers in British India who challenge their rulers’ tax impositions with a game of cricket, established Gowarikar as one of India’s leading filmmakers. It also triggered his preference for period dramas of epic proportions; he followed it up with 2008’s “Jodhaa Akbar,” a less dynamic but lavish fictional rendition of the love story between the famous Mughal emperor and his Hindu wife. A few forgettable films later, Gowarikar has returned to his favorite genre with “Mohenjo Daro.”

Based on the city at the heart of the Indus Valley Civilization, the film is an ambitious attempt to paint a portrait of a relatively obscure slice of the past. But the same writer-director who set the bar for historical fiction 15 years ago doesn’t meet it even halfway now—bloated and tiresome, “Mohenjo Daro” is a struggle on many fronts.

The film’s shortcomings are clear from the very beginning, as it opens with the almost comically-bronzed lead character, Sarman (Bollywood hunk Hrithik Roshan), proving his astonishing might by singlehandedly battling an overgrown CGI crocodile, while his fellow kayakers look on helplessly. (Later in the film, he effortlessly tames a team of angry horses despite never having seen one before.) The message is painfully obvious: Our hero is invincible.

But Sarman’s dreams are too big for his humble surroundings in the Sindhu village of Amri. Ignoring warnings of the greediness and other dangers of the outside world, he convinces his uncle to let him barter their wheat in the capital city. What begins as an innocent trading venture becomes a steep dive into love with the priest’s daughter Chaani (Pooja Hegde), which in turns leads to secrets of his murky past, spawns new enemies, and reveals his destiny as being inextricably bound to Mohenjo Daro.

The material itself isn’t a problem, but little of it comes to the forefront until the film’s second act. At first, the film offers a marvelous vision of Mohenjo Daro, which is loaded with historical details — from the bustling marketplace in the town’s center to the imposing baked-brick walls, rising as though having sprouted from the dust-swept dirt they stand on and weaving methodically throughout the gated city. Gowarikar has certainly taken creative liberties to fill in the anthropological blanks: In the absence of records about Harappan clothing, he clothes his characters in earth-toned fabrics with stitching that seems ahead of its time. Headdresses and semi-precious stone necklaces adorn both men and women, but it’s hard to believe that the flowing robes and beaded bustiers worn by Chaani were for real in the 26th century. And the indecipherable ancient scriptures from the time force him to opt for dialogue that blends Sindhu dialect and Hindi.

But accuracy isn’t the film’s biggest issue when the plot just keeps dragging along. Two hours in, the narrative has only just begun to raise its stakes, with Sarman making an enemy of the city chief, Maman (Kabir Bedi, whose hammy villainy is made further laughable by his ludicrously long, horned helmet). But whenever the story seems to make one inch of headway, it’s hindered again by unnecessary song-and-dance numbers. The love triangle is time-worn, and the performances sag with lines delivered much more intensely than necessary. The movie asks for more patience than the material deserves.

In an industry where star power can be enough to pull audiences regardless of the quality of the film, “Mohenjo Daro” may attract crowd on the popularity of Roshan’s name alone—after all, his looks, muscles, and dancing skills once had him hailed as Bollywood’s answer to Brad Pitt, Hercules, and Michael Jackson rolled into one. But in recent years, off-screen politics have dramatically diffused Roshan’s appeal, and it seems to have impacted his ability to land compelling roles as well.

Like his character, Roshan battles to keep the film afloat. His masculine hero defeats monstrous reptiles, wrestles cannibals, dances with whirling dervishes, and romances the village belle. In a stunning crescendo, he even attempts to save all of Mohenjo Daro’s people as the civilization faces mass destruction. But, brawny and talented as he is, even Roshan can’t bear all that burden and get away with it.

Still, this is a movie of remarkable scale; on the level of sheer craftsmanship, it offers some appeal. If only Gowarikar had put the same level of effort into the story. Ultimately, the only thing truly epic about “Mohenjo Daro” is the degree to which it falls short of its potential.

This Article is related to: Film and tagged Bollywood, Hrithik Roshan, Reviews