What will you see this weekend? 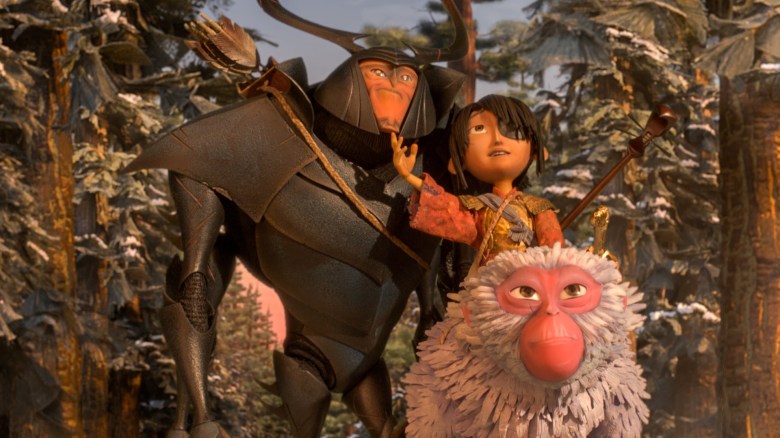 Every week, a bevy of new releases (independent or otherwise), open in theaters. That’s why we created the Weekly Film Guide, filled with basic plot, personnel and cinema information for all of this week’s fresh offerings.

For August, we’ve also put together a list for the entire month. We’ve included this week’s list below, complete with information on screening locations for films in limited release.

SEE MORE: Here Are All the Upcoming Movies in Theaters for August 2016

Here are the films opening theatrically in the U.S. the week of Friday, August 19. All synopses provided by distributor unless listed otherwise.

Ben-Hur
Director: Timur Bekmambetov
Cast: Jack Huston, Morgan Freeman, Nazanin Boniadi, Rodrigo Santoro, Toby Kebbell
Synopsis: The epic story of Judah Ben-Hur (Jack Huston), a prince falsely accused of treason by his adopted brother Messala (Toby Kebbell), an officer in the Roman army.  Stripped of his title, separated from his family and the woman he loves (Nazanin Boniadi), Judah is forced into slavery. After years at sea, Judah returns to his homeland to seek revenge, but finds redemption.

Kubo and the Two Strings
Director: Travis Knight
Cast: Art Parkinson, Brenda Vaccaro, Cary-Hiroyuki Tagawa, George Takei
Synopsis: Clever, kindhearted Kubo (voiced by Art Parkinson) ekes out a humble living, telling stories to the people of his seaside town including Hosato (George Takei), Hashi (Cary-Hiroyuki Tagawa) and Kamekichi (Brenda Vaccaro). But his relatively quiet existence is shattered when he accidentally summons a spirit from his past which storms down from the heavens to enforce an age-old vendetta.

War Dogs
Director: Todd Phillips
Cast: Miles Teller, Jonah Hill, Bradley Cooper, Ana de Armas
Synopsis: “War Dogs” follows two friends in their early 20s (Hill and Teller) living in Miami Beach during the Iraq War who exploit a little-known government initiative that allows small businesses to bid on U.S. Military contracts. Starting small, they begin raking in big money and are living the high life. But the pair gets in over their heads when they land a 300 million dollar deal to arm the Afghan Military — a deal that puts them in business with some very shady people, not the least of which turns out to be the U.S. Government.

Ixcanul
Director: Jayro Bustamante
Cast: Justo Lorenzo, Leo Antún, Manuel Antún, María Mercedes Coroy, María Telón Soc, Marvin Coroy
Synopsis: María, a 17-year-old Kaqchikel Maya, lives with her parents on a coffee plantation at the foot of an active volcano. She is set to be married to the farm’s foreman. But María longs to discover the world on the other side of the mountain, a place she cannot even imagine. And so she seduces a coffee-harvester who wants to escape to the USA. When this man leaves her behind, María discovers her own world and culture anew. [Berlin International Film Festival]
Theatrical Release: New York (opens in Los Angeles on August 26th)

Kingsglaive: Final Fantasy XV
Director: Takeshi Nozue
Cast: Aaron Paul, Lena Headey, Sean Bean
Synopsis: The magical kingdom of Lucis is home to the sacred Crystal, and the menacing empire of Niflheim is determined to steal it. King Regis of Lucis (Sean Bean) commands an elite force of soldiers called the Kingsglaive. Wielding their king’s magic, Nyx (Aaron Paul) and his fellow soldiers fight to protect Lucis. As the overwhelming military might of the empire bears down, King Regis is faced with an impossible ultimatum – to marry his son, Prince Noctis to Princess Lunafreya of Tenebrae (Lena Headey), captive of Niflheim, and surrender his lands to the empire’s rule.  Although the king concedes, it becomes clear that the empire will stop at nothing to achieve their devious goals, with only the Kingsglaive standing between them and world domination.
Theatrical Release: Various (including New York and Los Angeles, Dallas, El Paso, Houston, San Diego, San Jose and Seattle)

Lo and Behold: Reveries of the Connected World
Director: Werner Herzog
Synopsis: Society depends on the Internet for nearly everything but rarely do we step back and recognize its endless intricacies and unsettling omnipotence. From the brilliant mind of Werner Herzog comes his newest vehicle for exploration, a playful yet chilling examination of our rapidly interconnecting online lives.
Theatrical Release: Various (including New York and Los Angeles, Atlanta, Denver, Minneapolis, Oklahoma City, Philadelphia, Pittsburgh, Portland, Salt Lake City, San Francisco and Santa Fe)

Morris From America
Director: Chad Hartigan
Cast: Craig Robinson, Levin Henning, Lina Keller, Carla Juri, Eva Löbau, Jakob Gierszal, Patrick Güldenberg
Synopsis: “Morris from America” revolves around a 13-year-old African-American boy named Morris and the relationship he has with his father, Curtis, during the transitional period of adolescence. Complicating matters, they are new residents of Heidelberg, Germany—a city of rich history but little diversity. Morris falls in love with a local German girl named Katrin, and his tumultuous connection with her takes him on a journey that ends in self-discovery and a new dynamic to his relationship with Curtis.
Theatrical Release: New York and Los Angeles (expands to various cities nationwide on August 26th)

Never
Director: Brett Allen Smith
Cast: Angela Sarafyan, Nicole Gale Anderson, Zachary Booth, Zelda Williams
Synopsis: Denim, new to Seattle is eager for the next phase of his life to begin. But when he falls in love with Nikki, a gay singer-songwriter struggling in Seattle’s music scene, the sudden and intense friendship they discover will change their lives and force them to question everything they thought they knew about love.
Theatrical Release: New York, Los Angeles and Seattle

A Tale of Love and Darkness
Director: Natalie Portman
Cast: Natalie Portman, Amir Tessler, Gilad Kahana, Makram Khoury, Neta Riskin, Shira Haas
Synopsis: The story of Amos Oz’s youth at the end of the British Mandate for Palestine and the early years of the State of Israel. The film details young Amos’ relationship with his mother and his birth as a writer, looking at what happens when the stories we tell, become the stories we live.
Theatrical Release: New York and Los Angeles

When Two Worlds Collide
Director: Heidi Brandenburg, Mathew Orzel
Synopsis: An indigenous leader resists the environmental ruin of Amazonian lands by big business. Forced into exile and facing 20 years in prison his quest reveals conflicting visions shaping the fate of the Amazon and the climate future of our world.
Theatrical Release: New York (opens in Los Angeles on September 16th)

There are more releases from August 12, which you can still catch here.

This Article is related to: Film and tagged Ben-Hur, Imperium, Kubo And The Two Strings, Morris From America, War Dogs, Weekly Film Guide