In Season 2 Episode 7, "2.5_h4ndshake.sme," a controversial fan theory is confirmed, while Elliot (and the show) hopes we don’t stay mad at him for long. 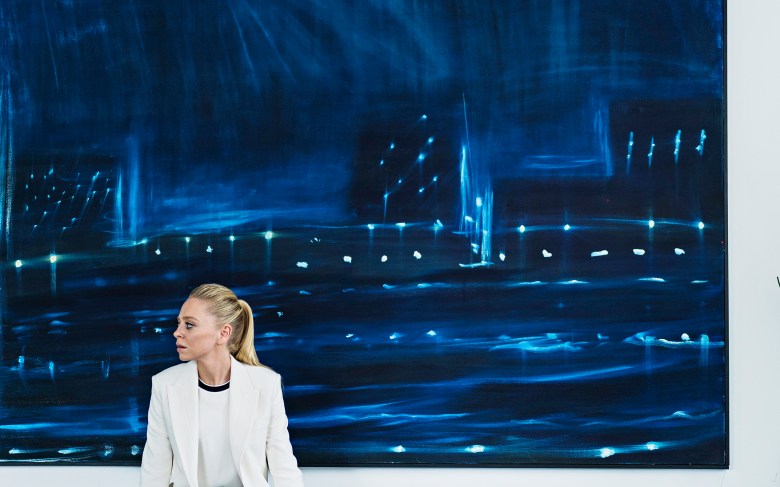 In Elliot’s Head, Two’s A Crowd

If you were one of the many viewers who thought that Elliot was not really hiding out at his mother’s home then congratulations, you win a bitcoin. The reveal that Elliot has actually been in jail for the first half of this season isn’t much of a surprise, and many will undoubtably find it to be a letdown. Like the unmasking of Mr. Robot as Elliot’s dead father in last season, the show attempts a one-two punch by pulling another surprise at the same time. Last year, it was the hammer blow that Darlene was Elliot’s sister; now we learn that Leon is actually working for Whiterose and the Dark Army. But the surprises are not nearly as effective this time around. On the bright side, this episode brings a sense of relief — having Elliot off by himself for the first half of the season has dulled the forward momentum of the storytelling, and while it continues to use pyrotechnics to distract from that, that strategy is wearing thin.

Elliot’s period of incarceration draws to a close just as he develops a sense of acceptance about Mr. Robot. As he tells Krista, “you can’t destroy a part of yourself.” They are now supposedly on the same side, and it will be interesting to see how long that remains true, especially since there’s every indication that Mr. Robot lied to Elliot about Tyrell’s fate. He leads Elliot to believe that he shot Tyrell with Chekhov’s Popcorn Gun, although Mr. Robot never actually says he’s dead. And it doesn’t explain how Elliot talked to Tyrell on the phone, or who is sending packages to Joanna. This is the danger of repeatedly showing your characters living inside hallucinations — it opens everything up to speculation and doubt.

Adding to the sense that this is a mid-season finale, Ray’s storyline is brought to a somewhat abrupt conclusion, with Elliot leading the FBI to his door. It turns out that Ray’s wife is the one who started their illicit marketplace, and that Ray himself never even looked until Elliot did. It’s a development which feels unearned and unlikely, and the attempt to parallel Ray’s unknowing complicity with Elliot’s need to take responsibility for Mr. Robot’s actions is forced and rushed. It would be surprising if we see Ray again this season, and while it’s a relief to be freed from Elliot’s incarceration plot, Craig Robinson will be missed.

It Gets So Lonely Being Evil

At E-Corp, we pick up right where we left off — Angela in mid-hack with Darlene in her ear, being interrupted by Dom, who wants to know why she was on the FBI’s restricted floor. Her answer — that she was making plans with Agent Thomas — doesn’t really persuade Dom. It also feels like this scene originally belonged in last week’s episode, where it would have paid off the Agent Thomas interaction more neatly.

Angela uses her influence with Price to maneuver her way into the Risk Management division, where she thinks she can get access to all the data about E-Corp poisoning her town, but her oily new boss (“The Knick’s” Jeremy Bobb) knows she’s up to no good.  Portia Doubleday has managed to find a way to make Angela’s stillness very compelling.

When Dom confronts Angela, she reveals she knows all about her history with E-Corp and the death of her mother. And she shares an insight that whatever Angela is up to, it isn’t really her. Does she mean helping hack the FBI, or her entire presence at E-Corp? Cue the Angela/Dom shippers.

After Angela completes Darlene’s instructions and fsociety gets access to all of the FBI’s data, Dom and the techs discover their evidence and surveillance logs have been deleted. She immediately knows they’ve been hacked, and that there’s nothing to do about it. Joanna Wellick is having a rough time, getting doused with red paint and receiving a creepy framed photo of her baby’s sonogram — ostensibly from Tyrell (who is “always surprising her with little gifts”). But when Derek lays down an ultimatum about attending his thirtieth birthday party, Joanna responds by filing for divorce from Tyrell. Maybe this storyline could have a crossover episode with “Younger” — I’d love to see Joanna and Liza commiserate about their man-child boyfriends.

This is a tough episode to grade. Most of the things in it that don’t work are the result of story decisions that span the entire first half of the season, and are more related to damaging the show’s credibility and the audience’s trust, rather that the merits of this one installment. Nevertheless, while it may not be totally fair, this week gets…