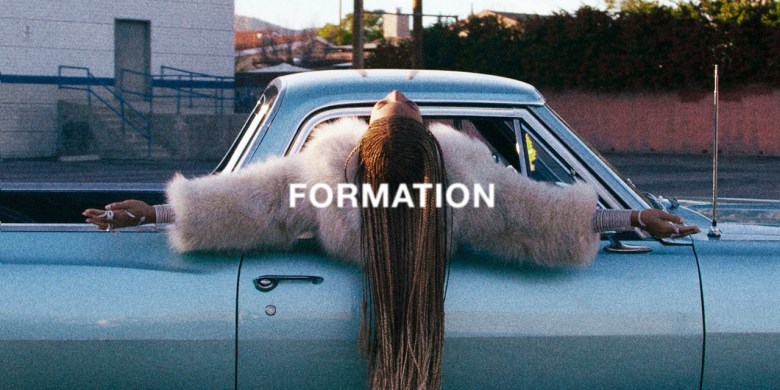 MTV’s annual Video Music Awards are set to air this Sunday night, and — as usual — the film world couldn’t possibly care less. And that’s understandable. After all, we have enough award shows of our own to worry about, and the VMAs are better known for Britney Spears tongue-kissing Madonna (what a scandal!) than they are for celebrating great art.

But perhaps we’re being a bit too hasty and dismissive. The interplay between movies and music videos has been thoroughly documented, but a glance at the list of recent VMA winners is enough to suggest that relationship is growing stronger, and might even demand a greater degree of critical attention. “The Hunger Games: Mockingjay” director Francis Lawrence may not be receiving many accolades for his film work, but the clip he created for Lady Gaga’s “Bad Romance” won MTV’s highest honor. “Detention” was widely mocked as one of the worst films of 2012, but few would argue that Joseph Khan didn’t deserve Video of the Year for his work on Taylor Swift’s “Bad Blood.”

This year, the VMAs has become as much of a short-film festival as they are a showcase for already ubiquitous music videos, as much a celebration of “Art” with a capital “A” as they are another way to jam content down our throats. In addition to giving a new platform to Cannes favorites like Xavier Dolan, this latest batch of nominees highlights a number of filmmakers whose work insists upon being considered with the same degree of care and respect that’s usually reserved for people who premiere their work on the Croisette.

From Bieber to “Blackstar,” here are the seven best music videos that will be up for an award (or several) at the 2016 VMAs.

At this point, it’s impossible to divorce “Blackstar” from the context of David Bowie’s death, or to watch the monumental video that Johan Renck directed for its lead single without seeing the story of a man confronting his own mortality, staring it in the face as we all eventually learn to do: with eyes both covered and wide open.

But this video is more than an immense farewell to our favorite Martian — it’s also a beautiful expression of why we were so lucky to have Bowie on Earth in the first place. At times extremely literal (“a solitary candle in the center of it all”) and at others fully shrouded in myth (it seems as though we’re watching the musician’s aesthetic reborn as messianic scripture), the 10-minute piece borrows from the likes of Guillermo del Toro and Alejandro Jodorowsky to remind us that Bowie was magic because he could make it feel as though everything he touched was wholly his own.

“What happened at the New Wil’ins?” What is there left to say about “Formation” — or the revolutionary “Lemonade” project from which it sprang — that hasn’t been said already, and with the urgency it deserves? The merits of all the nominated videos can be debated, and the fans will ultimately determine which of them gets to walk away with one of those coveted little Moon Men, but it’s safe to say that no one in 2016 (save for perhaps Donald Trump) has managed to cast a larger shadow over pop culture than Beyoncé. But where Trump reduced the flooded bayous of Louisiana to call attention to himself, music’s reigning queen crouched atop a sinking cop car to shine a light on the people whom white America has always worked to submerge. From ruins — of a hurricane, of an affair, of an identity — Beyoncé finds strength, and director Melina Matsoukas knew how to arrange that strength for maximum effect. There aren’t many music videos that feel bigger than the Super Bowl, but this one of them.

There’s been a lot of recent overlap between the worlds of indie cinema and music videos, but none more interesting, more unexpected or more sensationally ubiquitous than the clip that French-Canadian wunderkind Xavier Dolan shot for Adele’s soaring comeback single, “Hello.” And, really, the singer deserves all the credit in the world for recognizing how perfectly suited the “Lawrence, Anyways” director might be for her music. In Dolan’s movies she saw an unabashed ’90s kid, a Celine Dion super-fan who would have killed his own mother for the chance to shoot the video for “My Heart Will Go On,” an emotional maximalist who would know just the trick for illustrating a new power ballad of love and loss.

A windswept, sepia-toned epic filled with such big emotion that it had to resort to IMAX in order to capture the full effect, Dolan’s video for “Hello” combines the strength of a gale-force gust with the sense to get out of the way of a song that couldn’t possibly be overpowered. The faded romance that unfolds across these few minutes is right there in your face (actor Tristan Wilds urgently gesticulates straight into the camera), but the details are left unexamined — like all of Adele’s best songs (and Dolan’s best films), “Hello” feels larger than life and yet also intensely relatable at the same time. It’s easy to understand why this is the most-nominated video of the year.

It’s entirely possible that Donald Trump’s “Saturday Night Live” parody did fatal damage to Drake’s instantly meme-ified video for “Hotline Bling,” but let’s not forget how much of a sensation this thing was (and deserved to be). Conceived by the illustrious Director X and supposedly inspired by the work of visual artist James Turrell, the color-coded clip was shot with the simplicity of a Gap commercial and defined by dance moves so simple that you can do them on the subway without anyone giving you funny looks. A laid-back symphony of bright lights and empty spaces, “Hotline Bling” arrived with the swagger of an iconic cultural moment — you saw it once and instantly knew that you’d be seeing it everywhere. So yeah, there’s a chance that Trump may have killed this thing, but there’s an even better chance that it might outlive us all.

“The Less I know the Better” (Tame Impala)

Directed by a Spanish collective that refer to themselves as “Canada” (a confusing detail that perfectly sets the scene for the head-spinning madness to come), the video for Tame Impala’s “The Less I Know the Better” unfolds like a hormonal teenage sex nightmare on acid. David Lynch by way of Damien Chazelle (and maybe Jane Goodall?), the surreal clip keeps one girl in its sights the entire time, melting from oral sex to choreographed cheerleader routines to pools of blood thicker than nail polish as she eludes the boy who’s dreaming of her. As psychedelic as the spectacular indie record on which the song first appeared, Canada’s video is a total trip, a goof that flows with primitive sincerity.

FKA Twigs is too obviously a singular talent to be thought of as the Björk of her generation, but you’d be forgiven for assuming as much from the pagan poetry she conjures in the stunningly self-directed 16-minute video she created for her third EP. Spelled “M3LL155X” but pronounced “Melissa,” the video covers the entire release, exuding an overwhelming degree of gendered agency and creative power in all of its many parts.

The clip is as restless and ferocious as the artist herself, shifting from a mordantly beautiful intro in which Michèle Lamy is reborn as a human anglerfish to a midnight runway that finds Twigs transplanting fashion week into the middle of the woods. But it’s what happens in between that best displays the fullness of her vision, Twigs evolving from sex doll to fertility goddess as she wrestles with her femininity and comes out on top.

The “Sorry” video is the single greatest accomplishment of Justin Bieber’s so-called career, and his only real contribution to it was saying yes to the idea in the first place. The concept is simplicity itself: A group of colorfully dressed young women — members of New Zealand’s ReQuest and Royal Family dance crews — perform a fun and intricately choreographed routine against an all-enveloping white backdrop. But there’s a reason why this thing is the fourth-most viewed YouTube video in the website’s brief history: It’s fucking glorious.

Directed by horrifyingly young super-genius Parris Goebel, this ineffably perfect marriage between form and content feels equal parts casual and immaculate, the wardrobe’s tossed-off ’90s style colliding with the dancers’ studied freshness. The moves are proud and action-packed and so in tune with the music that even the lip-syncing feels like choreography in its own right. The whole thing works so well because all of its supercharged female physicality is weaponized as a counterattack against the whiny desperation of Bieber’s vocal track — watching this, it’s damn well clear that the pop star has plenty to be sorry about.
Stay on top of the latest breaking film and TV news! Sign up for our Email Newsletters here.

This Article is related to: Film and tagged Beyoncé, David Bowie, Music Videos