You can call him Dr. Nej. 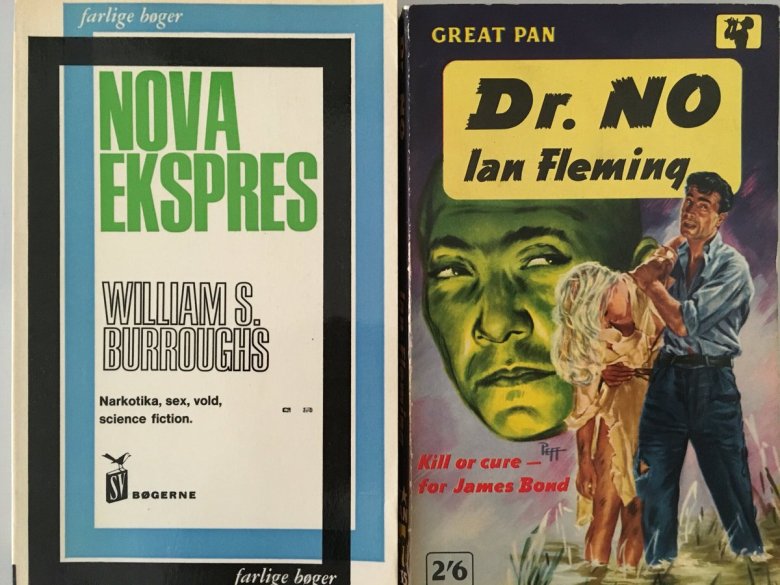 “The Neon Demon” wasn’t quite the runaway box-office hit you might expect of a controversial art-house drama involving murder, synth music and necrophilia, but Nicolas Winding Refn forges ahead all the same. The gifted (and divisive) auteur, now at work on “The Avenging Silence,” made a rare foray to Twitter to reveal two of his key influences on his new project: Ian Fleming and William S. Burroughs.

“Dear Friends … More to come but for now Ian Fleming + William Burroughs + N W R = The Avenging Silence,” he tweeted alongside images of two book covers: Burroughs’ “Nova Express” and Fleming’s “Dr. No.” The latter is the sixth James Bond novel, which was adapted in 1962 as the first film in the enduring series based on Fleming’s books, while “Nova” is much less straightfoward. The first installment in a trilogy that also features “The Soft Machine” and “The Ticket That Exploded,” it’s an example of Burroughs and Brison Gyson’s “fold-in” method of writing in which excerpts from other texts are incorporated into a new work.

That mix — pulpy genre thrills and heady, potentially off-putting weirdness — sounds like signature Refn. “The Avenging Silence” is to be a spy thriller set in Tokyo. Its co-writers, not coincidentally, are Neal Purvis and Robert Wade, who have co-written the last five 007 movies (including all four to feature Daniel Craig in the title role).

This Article is related to: Film and tagged Nicolas Winding Refn, The Avenging Silence