From the Indiewire Vault: Everyone loves Mel Brooks. 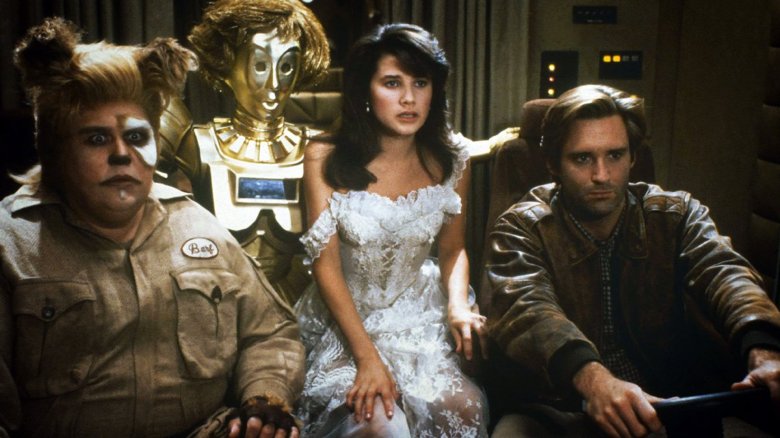 Before the prequel trilogy made a parody of “Star Wars,” Mel Brooks did it with “Spaceballs.” The cult-classic spoof, which also set its sights on the likes of “Star Trek” and “Planet of the Apes,” came out nearly 30 years ago. A behind-the-scenes featurette made at the time of its 1987 release features interviews with stars John Candy, Daphne Zuniga, Dick Van Patten and the multi-hyphenate himself (Brooks co-wrote, produced, directed and starred).

READ MORE: ‘The Silence of the Lambs’ Making-Of Documentary: How the ‘Replacement Players’ Made an Enduring Classic

“People think that he’s such a funny man and everything,” says Van Patten. “Actually, with him, comedy is serious business. As funny as he is, he’s very serious.” The rest of Brooks’ cast sing his praises as well, noting how the filmmaker (who had already made the spoofs “Blazing Saddles” and “Young Frankenstein”) managed to maintain control of the production while also creating a jovial working environment.

The nine-minute featurette also delves into the film’s sound design, special effects and the precise ratio of dialogue, physicality, disgust and beauty that factors into ‘Brooks’ comedy. Watch it below.

This Article is related to: Film and tagged Indiewire Vault, Mel Brooks, Spaceballs