The actress is grateful for all the support she's received from fans. 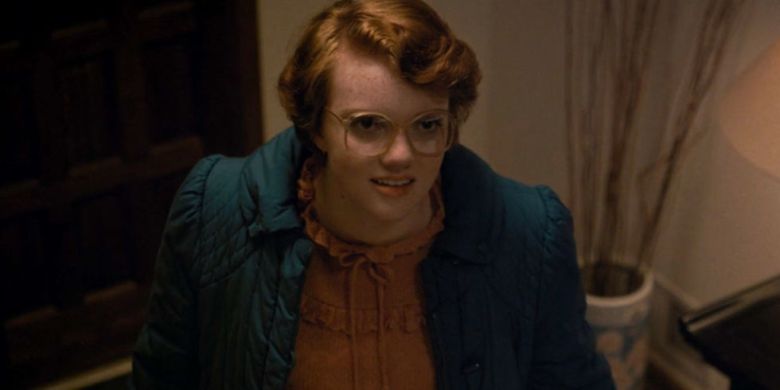 People can’t seem to stop talking about Netflix’s hit series “Stranger Things.” The thriller centers around a young boy’s disappearance and how his mom and friends confront terrifying forces in order to get him back. But one of the biggest standout characters has to be Barb, portrayed by Shannon Purser, who fans have been praising online.

The character has become a fan-favorite and even has a new cult following. Overwhelmed and grateful for people’s reactions, Purser spoke with Esquire to discuss the attention and how she prepared for the role.

“The fan response was definitely unexpected. It’s amazing, and I love it so much,” she said. “I love Barb, and I love the character and I had a great time, and I thought maybe a couple people would notice me and think that she was a fun character. And then to wake up and see all these tweets and Instagram posts and all this support for her… It was so surreal, so amazing.”

The newfound attention has also helped get her noticed as an actress. “I’m incredibly thankful that people are noticing the character and appreciate my performance and want me to become a part of their story potentially—that really means a lot to me,” she stated. “I’m so thankful for the experience and how it’s really helping me get noticed as an actor.”

So what did she do to prepare herself for the role? “I had such a fun time doing the fitting and trying on all these different outfits,” Purser revealed. “I love the style from the ‘80s…I’ve always loved the whole costuming part of acting. I think personally it really helped me get into the mindset of the character.”

While she didn’t do a lot of intensive research for the role, she is a fan of Winona Ryder’s earlier work and ‘80s movies. But most importantly what helped her get into the role was that Barb was a lot like her. “I think a lot of Barb I really based on myself, because she’s a pretty relatable character,” she added. “A lot of it I took from my own personal experiences.”

As for the cult following that has come from the series? “The show is wonderful in so many ways, and I think one of the strong points is the cast of characters. They’re so well written and and created with such purpose, such intention,” she stated. “One of my favorite things is hearing the alternate universes and the fan theories that people have come up with. It’s funny how a lot of those caught on to me and the way I think about Barb. I tried to play her as very independent and unapologetic of who she is and confident in her logic and reasoning.”

Adding, “She’s totally a boss, and whatever she ended up doing, she would succeed in it.”

This Article is related to: Television and tagged Shannon Purser, Stranger Things