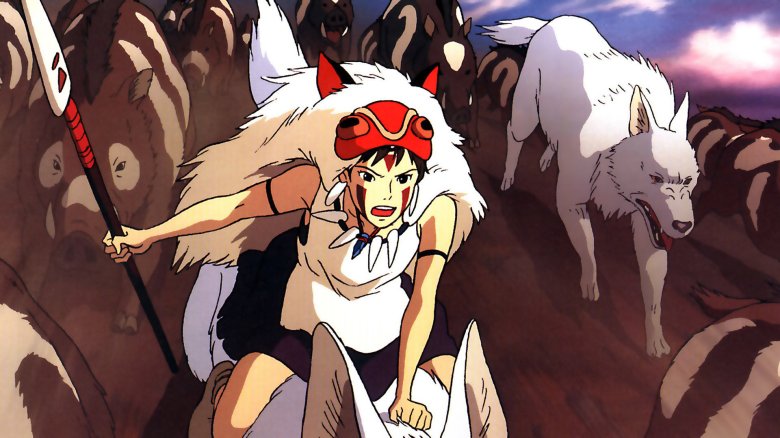 Studio Ghibli is known for creating some of the best and highest-quality animated films. In a new interview with Najinsan.com, ex Studio Ghibli producer, Hirokatsu Kihara, who worked at the Japanese animation film company between 1985 – 1989, talked to the site about the amount of work that goes into creating the animations and showed original artwork and sketches by critically-acclaimed helmer Hayao Miyazaki.

Some key elements that go into making a spectacular animated film include the use of color. Color matching is a very important key to conveying meaning and is used to reinforce time. “It is often said [that] using different colors is something that Japanese people are good at,” explained Kihara. “We use different colors for the same things: colors for morning, sunset and twilight. We create time by changing the colors for different times of the day. It sounds obvious, but it has almost never been explained with the actual frames.” (Update: The video these quotes were taken from has been removed.)

The artist also reveals some of Miyazaki’s unused “My Neighbor Totoro” concepts and test artwork, “We often create many drafts like these, and then put them up together before building movie scenes,” he explained. “Therefore if you look carefully, you see that these clips are not in the movie but the director creates them with the idea that they could be included in the movie.”

Compositing techniques and frame checking are also discussed in the interview. In regards to frame rates, he explains that before CGI, Ghibli films were shot at eight cells (individual drawings) and 24 frames per second. But if a particular movement needs a really smooth or continuous transition one would have to unevenly distribute the eight cells across 24 frames. “Put simply: hold a single cell for a number of frames and use the remaining 7 cells to glide through a specific motion.”

Kihara also details that when building up the animation, every drawing has to be checked. “The first draft is created by a pre-animator, and Hayao Miyazaki adds his input on top of it, then the animation director authorizes it and recreates the same performance with the detailed characters and the facial expressions. Every single frame has Hayao Miyazaki’s detailed input.” Adding, “As we go through the same process for every single frame, the amount of work required is unimaginable.”

Kihara previously worked on film such as “Castle in the Sky,” “My Neighbour Totoro” and “Kiki’s Delivery Service.” He now spends his time as a yokai expert and writer of ghost stories. Check out more of his interview by clicking here, and watch the accompanying videos to get a more in-depth look at the process of developing the animations.

This Article is related to: Film and tagged Hayao Miyazaki, Studio Ghibli