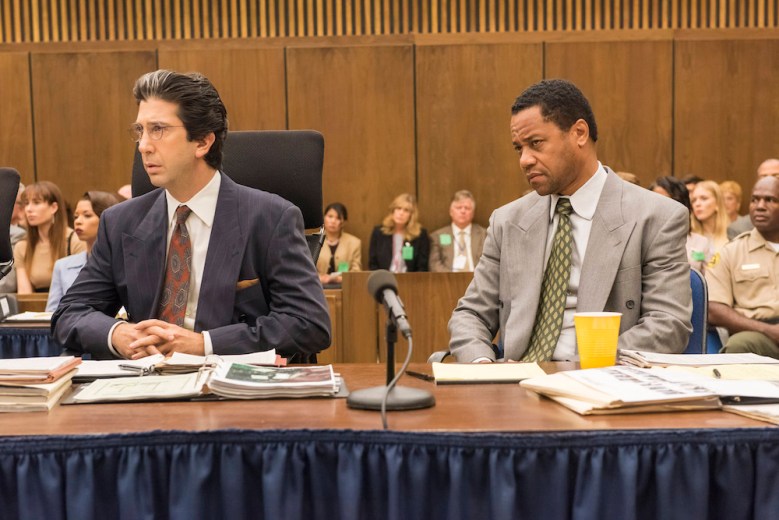 “The People v. O.J. Simpson: American Crime Story” scored some of the best reviews of the TV season, so it’s no surprise that the FX limited-run series led all programs with the most wins at this year’s Television Critics Association Awards.

“People v. O.J. Simpson” landed three awards, including program of the year and outstanding achievement in movies, miniseries and specials. Sarah Paulson, who played Marcia Clark on the series, was awarded top individual achievement in drama.

READ MORE: How ‘The People v. O.J. Simpson’ Producers Made the Switch from Film to Anthology TV

The TCA awards also bestowed legendary comedy pioneer Lily Tomlin with a Career Achievement Award for her diverse television legacy that spans over 50 years and includes seven Emmy wins. Groundbreaking 1970s sitcom “The Mary Tyler Moore Show” was given the Heritage Award, “for the tremendous cultural and social impact it has had on society.”

The event recognized the exceptional television from the 2015-16 season in a variety of categories, including Drama, Comedy, News and Information, Reality and Youth. Members of the TCA, comprised of TV reporters and critics from across the country, nominated and voted for the season’s best.

READ MORE: Why ‘Mr. Robot’ May Really Be Ruled By Its Women

“This was truly a landmark season—not just for television, but for women in television,” said Amber Dowling, TCA President. “We had an unprecedented amount of female winners this year, which is a testament to both the talented actresses who were honored tonight, as well as to the growing number of high-quality roles being created for and by women. It’s extremely encouraging to see this growing trend being embraced, accepted, and expanded upon, and I look forward to seeing even more of it in the future.”

Check out the full list of TCA Award nominees and winners (in bold) below.