Can Academy members separate the man from the film? 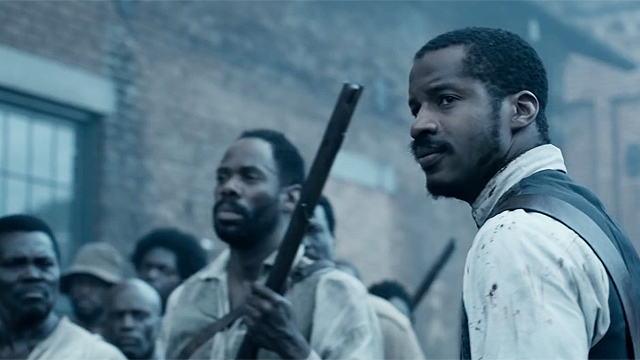 “The Birth of a Nation”

“The Birth of a Nation” premiered to cheers and a standing ovation at the Sundance Film Festival and was bought for a record $17.5 million by Fox Searchlight. After two years of #OscarSoWhite, Nate Parker’s drama was a light of hope for an optimistic, diverse awards season. All of that is now in doubt now that Parker’s 1999 sexual assault allegations have resurfaced; even though he was acquitted, the news has so far tarnished the film.

The filmmaker and “Birth of a Nation” co-writer Jean Celestin were accused of raping a woman while they attended Penn State in 1999. In 2001, both were brought to trial on charges of rape and sexual assault, with Parker cleared of all charges and Celestin found guilty, though the conviction was overturned. Adding another layer of controversy, Parker (and the media) learned last week that the accuser had committed suicide in 2012.

READ MORE: ‘The Birth of A Nation’: What Fox Searchlight Faces As It Plows Forward With A Tainted Oscar Frontrunner

The film, which follows the story of the slave rebellion led by Nat Turner in 1831, has multiple screenings lined up for the Toronto International Film Festival, though Deadline reports that Fox Searchlight has pulled Parker from doing any press. While TIFF was meant to be a major step on the film’s Oscar campaign, the movie and director/star will not be having a press conference.

With all the controversy that’s stirring up, Academy voters are now at odds and wonder if the film is even worth their time. The Hollywood Reporter surveyed a handful of Academy members who voiced their opinion on the film and the recent scandal. While many still haven’t seen “Birth of a Nation,” some people’s minds are already made up.

“Personally, I find it really hard to separate the man from the film when he wrote, directed and starred in it,” said Marcia Nasatir, an Academy member in the executives branch. “Do I want to see a movie from someone who has committed an assault against a woman and who I do not think recognizes his guilt? Right now, based on what I’ve read, I would not go to the movie.”

Will others think the same way?

Mitchell Block, an Oscar voter in the documentary branch who serves on an Academy committee with Parker, said, “I understand it’s an extraordinary movie and I’m looking forward to seeing it. The court found Parker not guilty, and they set aside the Celestin conviction, but that’s almost beside the point. I think you have to separate the work from the person. Hollywood continues to embrace the work of Woody Allen and Roman Polanski.”

Tab Hunter, from the actors’ branch, stated that he’s voting for the film, not the man. “I’ve never met a Hollywood star who hasn’t had some sensational thing said about him — and many of them won Academy Awards,” he explained. “In Hollywood, people love to see other people fail, but we should judge films on their merits. From what I hear, the picture’s really good. I think it’s a shame people have to bring things like this up to try to hurt it.”

READ MORE: Nate Parker: Why He’s Speaking Out Against 1999 Rape Accusations Before ‘Birth of a Nation’ Awards Cycle

“They got off, but they are not innocent,” stated actors’ branch member Rutanya Alda. “Parker stands behind his wife and his five daughters, but that doesn’t wash with me. The only thing that would make this better for me would be for him to say, ‘I’m gonna serve my six months in jail.’ Otherwise, it will be very hard for me to vote for this movie. What is the life of a woman worth?”

It could be too early to tell if this film has already lost its Oscar chances, but the studio will continue to support the project and do its best to salvage it.

This Article is related to: Film and tagged Nate Parker, The Birth Of A Nation