How films are received in China will continue to influence how they're made in America. 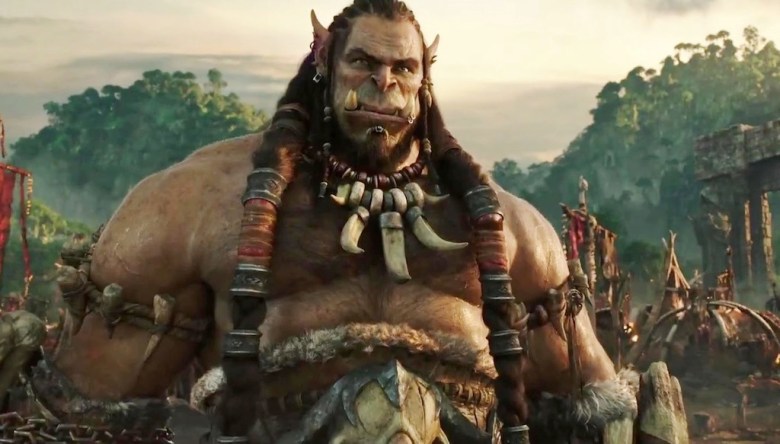 Consider this: China is why “Warcraft” will have a sequel. Meanwhile, Steven Spielberg’s last three films didn’t even see a Chinese release.

This isn’t box-office trivia. China could soon be Hollywood’s biggest market, and understanding what works there will become central to production strategies. The biggest bucks will go to what’s closest to one size fits all. Movies that appeal primarily to domestic audiences will have lower budgets.

To get a sense of what that might mean, here are the top 20 US releases in China this year. They’re ranked by their Chinese box-office gross, followed by numbers that compare their placement to the films’ domestic and total international rankings.

READ MORE: ‘Warcraft’ Is the Most Successful Video-Game Adaptation of All Time — But It’s Still Losing Money

(Based on films released in the US this year; the #s after the ranking represent the North American and international positions.)   (source: Box Office Mojo)

Looking ahead, here’s what those numbers suggest:

Dumb Down the Script

If you want your blockbuster to work in China, don’t worry about crafting an awards-worthy script. Thus “Warcraft,” about as mindless and derivative a film to come out this year. Like “Fast and Furious” and “Transformers: Age of Extinction,” it grossed more in China than the U.S. Sophistication isn’t a box-office draw, at least not for our movies; what plays are surface thrills, action and FX.

Case in point: Marvel’s “Deadpool,” which warped the superhero formula with wit to become a domestic smash. It didn’t even get a Chinese release. Animation: Bring on the Cute

In China, Disney’s “Zootopia” is no. 1 with its array of appealing animals. “Finding Dory” stands at $38 million, $440 million below its domestic take. What makes Pixar so appealing elsewhere — unconventional plots, social awareness, adult appeal — isn’t what Chinese audiences want in their animated films. China is not Japan, where there is a serious animation tradition (and one that Pixar wanted to emulate). It’s not that Chinese audiences are uneducated, or lack sophistication. However, they’ve faced decades of a centrally controlled culture that was steeped in propaganda.

Simply put, China doesn’t have much interest in movies that feature female or African-American leads. Among the titles that didn’t make the cut in China this year are “Ghostbusters,” “Central Intelligence” and “Ride Along 2.” (“Central Intelligence” is a particular shocker; Dwayne Johnson is a major star in China, thanks to films like the “Furious” series and “San Andreas.”) China has no rating system; everyone of all ages, 2-90, is admitted to all movies. In practice, that means the censors frown not only on religious, magical and mystical material but adult themes and sexual content. That was another strike against “Deadpool”; it also eliminates R-rated horror films from consideration. (The adjacent Hong Kong film industry has a long-held horror-film culture of its own, but supposedly Chinese authorities regard American variations as against their own traditions.)

Here’s some heavy irony: In the U.S. Sony released “The Mermaid,” the biggest hit in Chinese history. Its rating? R, for an accumulation of minor reasons including a scene of an animal dying onscreen and a brief glimpse of a male rear end. Maybe the MPAA has a sense of humor after all.

In China, “Warcraft” was a perfect storm. The video game’s still popular, local actor Daniel Wu had a prominent role, there was some Chinese production and Chinese powerhouse Wanda purchased the film’s producer, Legendary Studios. That gave it an unprecedented level of promotional partnerships and a release date over a major early summer holiday. (Credit Universal for getting out ahead on all of this.)

We live in a world where China turned “Now You See Me” into a franchise; the third outing will have Chinese elements, a testimony to the territory that loves it.

This Article is related to: Box Office and tagged China, Finding Dory, Warcraft