Does the internet dream of itself? 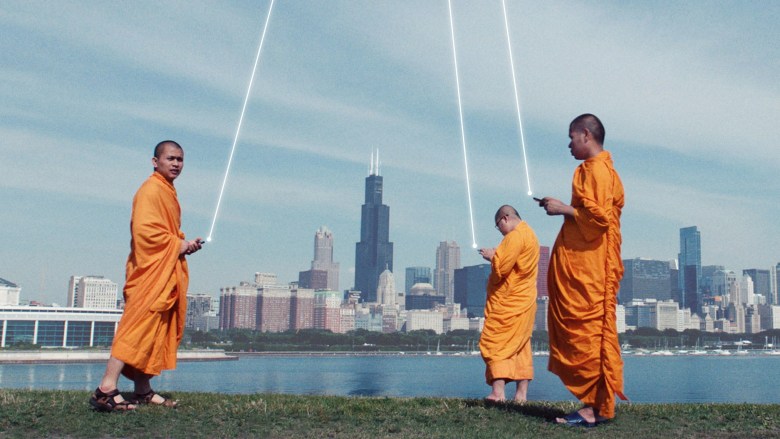 “Lo and Behold, Reveries of the Connected World”

Werner Herzog’s “Lo and Behold, Reveries of the Connected World” is now in theaters, meaning we finally have the chance to hear the singular auteur wax rhapsodic about the internet as he once again reveals the ecstatic truth about his chosen subject. Vice spoke to him about virtual reality, how humanity’s future will be impacted by our increasing dependence on the internet and even online trolls. Among several highlights from their discussion is Herzog’s description of the first time two computers “spoke” to one another: “a beautiful vision of the future, like a biblical event: lo and behold, there was internet.”

READ MORE: ‘Lo and Behold’ Exclusive Promo: Werner Herzog Dives Into The Heart of The Internet

Asked about virtual reality and the potential impact it could have on his work, the director says that VR is “not an extension of documentary filmmaking” but “a tool that is completely new and separate” from all others available — and thus doesn’t seem poised to change cinema anytime soon. Herzog is also well aware of the “trolls” and imposters pretending to be him on social media, saying that “I’m on Facebook and it’s not me; I’m on Twitter and it’s not me.” Perhaps the least surprising revelation from the interview is that Herzog would happily go to Mars, even with a one-way ticket. Asked why, he says simply “curiosity.”

Herzog was vacillated between documentary and narrative filmmaking throughout his career with an ease that may be unmatched. Among his most celebrated nonfiction work are “Grizzly Man,” “Little Dieter Needs to Fly” and “Lessons of Darkness”; “Aguirre, the Wrath of God,” “Fitzcarraldo” and “Bad Lieutenant: Port of Call New Orleans” are just a few of his standout dramas. Watch the full interview below.

This Article is related to: Film and tagged Lo And Behold, Reveries Of The Connected World, Werner Herzog