"Zombieland" co-writers Rhett Reese and Paul Wernick discussed the casting process for the 2009 film with "Geeking Out" hosts Kevin Smith and Greg Grunberg. 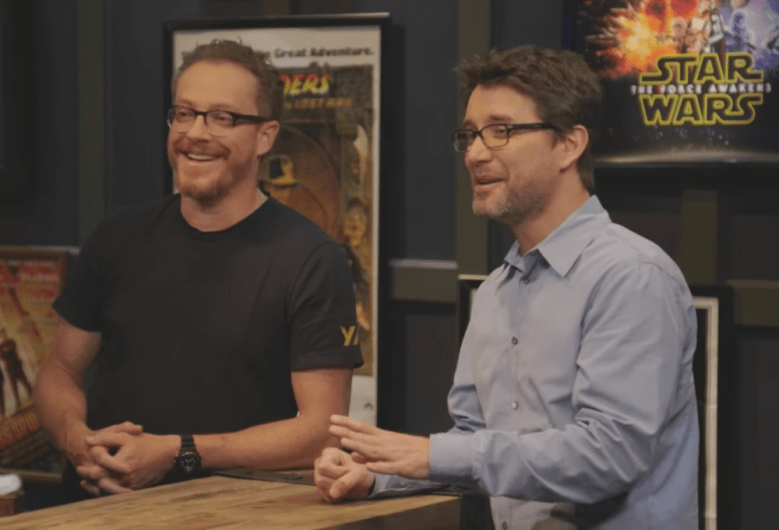 The 2009 horror comedy “Zombieland” is famous for a mid-movie surprise cameo by Bill Murray, a secret many fans of the film voluntarily kept rather than spoil it for other later audiences. Having Murray in the film was not the original plan, however, and almost didn’t happen at all, co-writers Rhett Reese and Paul Wernick revealed during a recent episode of “Geeking Out,” the late night AMC talk show hosted by Kevin Smith and Greg Grunberg.

“Zombieland” stars Woody Harrelson, Jesse Eisenberg, Emma Stone and Abigail Breslin as four survivors of a zombie apocalypse. Reese, Wernick and director Ruben Fleischer had originally cast Patrick Swayze in the role of a celebrity-turned-Zombie, but Swayze was already suffering from the pancreatic cancer that sadly claimed his life. The filmmakers then offered the part to more than 10 other actors, including Kevin Bacon, Mark Hamill, Sylvester Stallone and Jean-Claude Van Damme, all of whom passed. “Subsequently we heard through the grapevine [Van Damme] said it was the biggest mistake of his career,” Reese said during the episode.

At the last second, Harrelson called his “Kingpin” co-star Murray, who read the script and said he’d do the part if they gave his character more to do. “In the original draft he was actually already a zombie,” Reese said, adding that he and Wernick then rewrote the scene to make Murray a survivor who then gets killed. “36 hours later, he was on set.”

To hear more from the conversation with Reese and Wernick, check out the video below.