"Arrival" and "Nocturnal Animals" show that the actress remains a force to be reckoned with. 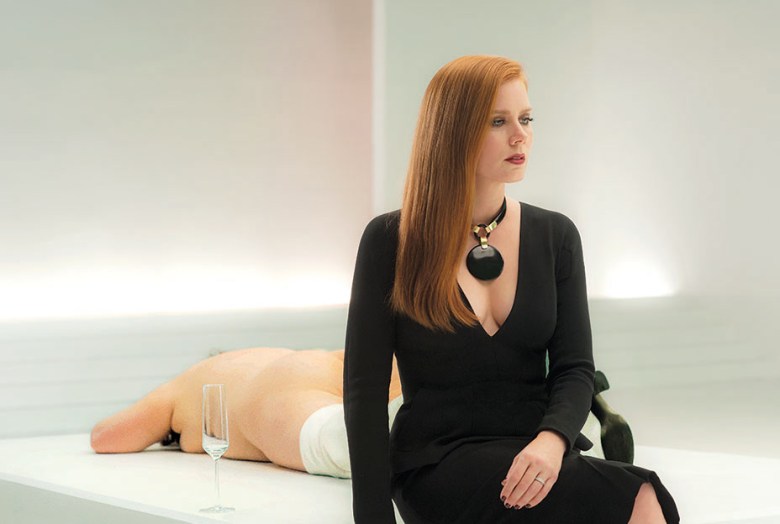 It’s fun to watch a movie star at the height of her powers.

Amy Adams is in the zone. With five Oscar nominations (“Junebug,” “The Fighter,” “Doubt,” “The Master,” “American Hustle”), the red-haired beauty who can sing and dance (“Enchanted”) and just received a Telluride tribute is taking her pick of the best roles for women.

While Adams had planned to take some recovery time after two David O. Russell movies (she makes no secret that the “American Hustle” shoot was brutal for her), she couldn’t resist taking two plum leads this year.

In a Hollywood movie-star turn, she ably carries Denis Villeneuve’s brainy sci-fi thriller “Arrival” (November 11, Paramount) which wowed audiences and critics in Venice, Telluride, and Toronto. And she co-stars with Jake Gyllenhaal in Tom Ford’s exercise in style, “Nocturnal Animals,” which played Venice and Toronto and kicked up as many passionate supporters as detractors.

She talked about the challenges of both roles in our video interview at Toronto’s Royal Fairmont Hotel. Adams lounged on a white sofa that could have been designed by Ford, showing me how the designer would drape her for her bed scenes in “Nocturnal Animals.”

In “Arrival” she plays Dr. Louise Banks, a brilliant, brave, and androgynous linguist whose empathetic and intuitive ability to parse the complex language of sophisticated alien visitors could save the human race from extinction; along the way, she bonds with her fellow scientist, played by Jeremy Renner.

Adams first got to know Renner on “American Hustle.” While she thanks director Russell for giving her the chance to prove that she could do more than play sweet, wide-eyed innocents, Adams has admitted that life is too short to put herself through that wringer again, especially with a six-year-old at home. (She teared up while telling me she responded strongly to playing a mother in “Arrival.”) Now we know she can do just about anything, as her work in “Nocturnal Animals” (December 9, Focus Features) proves. Again, she’s more than a beautiful woman navigating the tough world of art trading. She’s also lonely and depressed, and coming to realize that she made a mistake trading in her maverick-writer first husband (Gyllenhaal) for her surface-obsessed second one (Armie Hammer). When the writer sends her his latest manuscript, the film opens up a portal for a movie within the movie.

Which role will critics and Academy actors reward? I’m betting it’s smart sci-fi “Arrival” over artfully stylish “Nocturnal Animals.” But having two to choose from is a good thing, as Adams continues on to reprise Lois Lane in Zack Snyder’s “Justice League” and the fairy-tale princess Elle in “Disenchanted.”

What’s next: Like her peers Reese Witherspoon and Jessica Chastain, Adams wants to produce her projects. That includes TV showrunner Marti Noxon’s cable adaptation of Gillian Flynn’s 2006 novel “Sharp Objects” (2017, HBO), to be directed by Jean-Marc Vallee, in which Adams plays an emotionally fragile reporter who returns to her hometown to report on the murders of two teenage girls.