Relativity Media has pushed the horror film's debut back four times, with no end in sight. 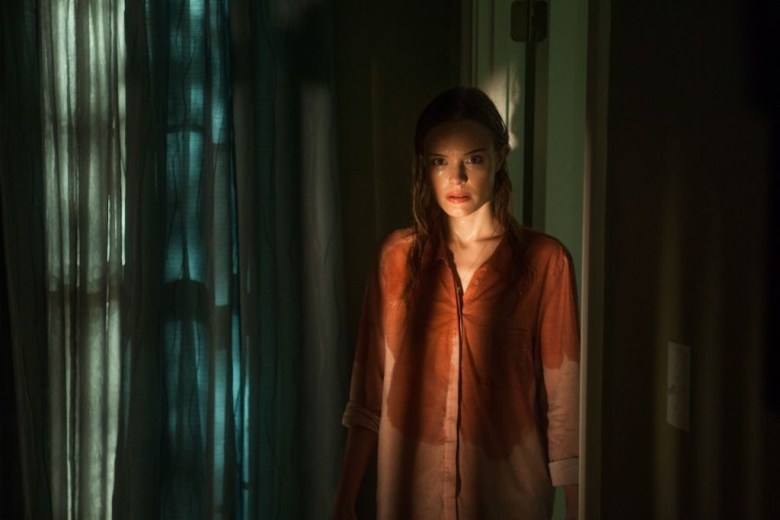 If things had gone as promised, you’d be able to see “Before I Wake,” a fantasy/horror film by rising genre talent Mike Flanagan, in theaters this weekend. But just a few weeks ago, Relativity Media, which has been plagued by financial difficulties over the last couple of years, bumped it out of its release berth today—the fourth announced debut come and gone for the film. September 9 had seemed to be the most solid date yet, with posters and trailers touting the release, but then came the latest disappointment (appropriately enough, Relativity slotted “The Disappointments Room” in its place). For those who admired Flanagan’s previous films, including “Absentia,” “Oculus” and “Hush” (the latter actually shot after “Wake”), it has been a distressing series of events, though not nearly as much as it has been for Flanagan himself.

“It has been heartbreaking, actually, and to be honest, I don’t know what the current situation is,” says the director, who scripted “Wake” with his regular collaborator Jeff Howard. “I was truly shocked when the film was pulled off its September 9 release date, after working with Relativity to come up with a strategy to get it out there. What’s been frustrating to me is that now it’s years that have gone by, and no matter what information I can put out there about it—about Relativity’s financial troubles and the struggles inherent in running a business—and what I do to get it back up on its feet, it’s kind of impossible to combat the perception that there’s something wrong with the movie itself after a certain point. I worry that people might just give up on it altogether, based on the constantly changing targets for its release. I’m also worried that Jacob Tremblay is going to have a mustache by the time it comes out [laughs].”

Gifted young actor Tremblay actually filmed “Wake” before his breakout performance in last year’s “Room,” and still gets an “Introducing” credit on the former. He plays Cody, a foster child taken in by Jessie (Kate Bosworth) and Mark (Thomas Jane) after their own son dies in a tragic accident. They discover that Cody’s dreams manifest in real life—both the pleasant ones and his nightmares. With its delicate balance of scares and emotion,”Wake” is a film that’s especially close to Flanagan’s heart, and he notes, “The film itself hasn’t changed a frame since we delivered it in 2014. I was lucky enough to see it play with an audience at [Montreal’s] Fantasia festival a couple of weeks ago, and that was a wonderful screening. To see the movie properly put out there, with an audience that responded to it so positively, was a real boost to the heart. You make a movie for the audience, and there’s nothing sadder than never getting to put those two things together, or at least having to wait this long. I really hope Relativity figures out a solution that’s good for the film and good for them, and in the meantime, I’m just trying to keep my chin up.”

Fans in certain countries have been able to see “Before I Wake” — but that has only led to an additional, significant problem. “The movie had international distributors who waited for Relativity for a while, but eventually some could no longer wait, and went ahead and released it,” Flanagan explains. “That led to the movie being leaked and pirated on-line, which has been the most upsetting thing about it for me. I mean, right now, the only opinions out there in the world about “Before I Wake” are from international journalists, under 10 of them, and Internet pirates, and that’s it. There’s no other perspective about the movie that’s being represented, because all the proper reviews are embargoed, and without a release date, there’s no opportunity to combat that other perception, and that really hurts.”

The film’s illegal availability also, needless to say, will impact its financial possibilities, which Flanagan says has unfortunate implications for not just “Before I Wake,” but future projects as well. “There’s kind of a gleeful quality with some people who enjoy pirating movies, and have a sense of, ‘Well, we’re sticking it to the studios—the big fat-cat companies!’ A few people have actually gotten in touch to tell me that they’ve pirated the movie! I’ve had some amazing conversations; people have contacted me directly to offer their opinions of the film, and sent reviews they’ve posted on their blogs. And that’s great, but…clearly, they’ve watched it illegally. And I’ve had to point out to several of them that this was an independent film. Yeah, it has Kate Bosworth and Thomas Jane in it, and yeah, it has visual effects, but this was a 100 percent independent film that Relativity acquired, just like they did with “Oculus.” The way we treat independent cinema, as an audience, is important, because that determines how and what kind of films we can continue to make.

“The biggest tragedy for me in all this,” he elaborates, “is that this has made it much less likely that I can do another movie like “Before I Wake.” It’s a very special film for me, and I knew it was different, and difficult to classify. It was a risk, for the financiers and for Relativity, and when it comes to convincing people to support me in another risky endeavor down the line, they’ll look at how my last risky endeavor did. Piracy takes such a giant bite out of that performance, which is really the only thing that matters. It makes it less likely that the movie will perform the way it needs to, for me to be able to point to that and say, ‘This is why you should support narratively risky, difficult-to-classify material.’ They’re going to say, ‘Why should we ever do that? That one didn’t perform, did it?’ And to say, ‘Well, it didn’t perform because hundreds of thousands of people decided they’d just rather watch it on their laptops’…well, that doesn’t really land.”

This Article is related to: Film and tagged Mike Flanagan, Relativity Media