Netflix has renewed Kyle Chandler's Emmy-nominated drama for a final season, and that's exactly what the series needs. 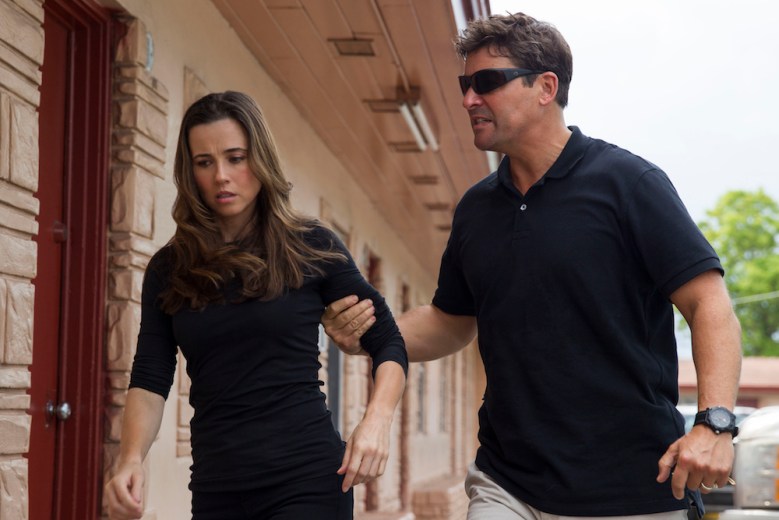 The Rayburn family is getting one last chance to put their lives in order and even less time than usual to do so.

Netflix renewed “Bloodline” for a third season in July, only a few weeks after Season 2 debuted on the streaming service. But THR is reporting that Netflix has now notified Sony, the series’ production company, that Season 3 will also mark the end of their Emmy-nominated drama series. Season 3 will also be shorter than previous entries, consisting of just 10 episodes instead of 13.

Though Netflix does not report its viewing statistics, “Bloodline” has been seen has a bit of a disappointment considering the prestigious cast and producers attached. Speculative but statistic-based figures have ranked “Bloodline” among the lowest-rated original series on Netflix since it premiered, and reviews for Season 2 saw a downtick in praise comparatively.

In terms of the episode order (as well as the show’s future), it’s also important to note that the cost of producing Season 3 is expected to be exponentially higher than previous years. The (not so) great state of Florida cut its entertainment tax incentives program in March of this year; a program that allowed for significant financial breaks for both “Bloodline” and HBO’s “Ballers.”

Nonetheless, the decision came as a bit of a surprise considering Netflix has only officially cancelled two other series ever: the Norwegian drama “Lilyhammer” and Eli Roth’s horror series, “Hemlock Grove.” Neither of these two series garnered the awards attention “Bloodline” has — a Golden Globe nod and four Emmy nominations, including two this year for stars Kyle Chandler and Ben Mendelsohn. Despite all of this, “Bloodline’s” cancellation is likely a very good thing for one key group: viewers. Even though the creators — Todd A. Kessler, Daniel Zelman and Glenn Kessler — have previously discussed plans to extend the drama through five or six seasons, “Bloodline’s” biggest problems all stemmed from stagnation. Season 1 was too long, and its construction gave fans the false idea that a big twist was coming at the end of its first 13 hours — namely, that Danny Rayburn (Mendelsohn), who was reported dead in the pilot, may not actually be a goner (or, if he was, that his murder was more unpredictable than it turned out to be).

Season 2 got right to the point. It delved into John Rayburn’s psyche in a rich and rewarding manner, even going so far as to create a juicy (and justifiable) means for Danny to return. (We all would’ve missed Ben Mendelsohn, otherwise.) Other than an ending that felt overly-focused on lengthening the story, it was a damn fine season of TV built around and anchored by the best aspects of it: the cast.

Now, with 10 episodes left to tell us what happens to John, Meg (Linda Cardellini), Kevin (Norbert Leo Butz) and Sally (Sissy Spacek), the KZK guys (as they’re loving referred) can cut right to the point and provide the answers we’ve all been waiting to see. Moreover, after such a fantastic second season — yes, IndieWire provided the highest marks on Metacritic — the writers seem ready to explore the characters’ moral consequences in heated, tumultuous and immediate context; in other words, context that will only be improved by the finality forced upon it.

By landing a firm end date — and plenty of time to wrap things up — “Bloodline” could go out with a quite a bang. We’re looking forward to it.

This Article is related to: Television and tagged Bloodline, Kyle Chandler, Netflix