The horror movie ruled the weekend, while 'Bad Moms' proves STX can produce a lower-budget hit. 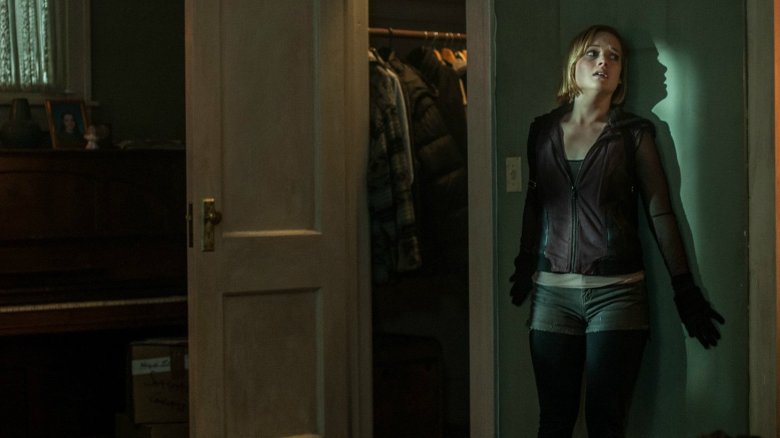 A surprise box office hit that basically came out of nowhere when it premiered earlier this year, Fede Alvarez’s home invasion thriller follows up his deranged 2013 “Evil Dead” remake to prove he’s the real deal. The film finds a trio of reckless teens attempting to rob a blind man (Stephen Lang, terrifying) as they wind up trapped in his lair for the night. Equal parts “Texas Chainsaw Massacre” and “High Tension,” this elegant and surprisingly fast-paced blend of horror and suspense overcomes some of its more ridiculous ingredients thanks to endless invention. Running and fighting a buff man and his growling dog, the survivors face the ultimate grotesque showdown in his gnarly basement. And just when you think they’re in the clear…”Don’t Breathe” will leave you gasping for air. —EK

Box office is laboring this weekend; that’s par for the Labor Day holiday course. This year, the weakness stems almost entirely from the failure of new studio releases, with “The Light Between Oceans” (Disney) and “Morgan” (20thCentury Fox) flailing.

Holdovers, however, are doing better. Also helping the cause are two limited-release films, CBS Films’ “Hell or High Water” and Pantelion’s “No Manches Frida,” both handled by Lionsgate for their partners.

The weekend just before Labor Day often can be the worst of the year. With a $67 million total, this year’s earns that distinction to date ($9 million less than Super Bowl weekend in February).

Leading from the back are “The Light Between Oceans” (Disney) and “Morgan” (20th Century Fox), which have a combined gross of $7 million. Last year’s two openers (“A Walk in the Woods” and “The Transporter Refueled”) managed over $15 million. “Morgan,” the debut film from Luke Scott, son of Ridley, grossed under $2 million and only placed #17.

The $8 million-budgeted “Morgan” comes in as the worst 2,000+ print first weekend of the year. (Next worst managed $3.2 million). It belies the recent trend for low-budget genre films (a thriller in the vein of last year’s sleeper “Ex-Machina”) making up for studio losses in bigger-budget flops.

However, the more notable failure is “The Light Between Oceans.” It’s the last film from Dreamworks to be released by Disney (a string that included “The Help” and several films directed by partner Steven Spielberg, including “Lincoln”). It adds to the larger losses from “The BFG.” The good news is that “Oceans” cost $120 million less than Spielberg’s most recent film (which has made $160 million so far worldwide, but still likely ends up losing a somewhat comparable amount when all revenues and costs are accounted for).

Apart from higher expense, what makes “Oceans” worse  is its pedigree. It features a leading young director (Derek Cianfrance of “Blue Valentine” and “The Place Beyond the Pines”), a cast led by two of the most respected of their generation (Michael Fassbender and Alicia Vikander), and is based on a best-selling novel by a young Australian author.

Last year “A Walk in the Woods” had similar credentials in terms of older appeal, novel adaptation, and strong cast. It opened on the Wednesday before and amassed $10.6 million through five days. It got mixed reviews, a bit less favorable than “Oceans,” and ended up over $30 million.

The difference? Perhaps the most important is the competition for adult eyes. Led by “Hell or High Water,” which is turning into a significant sleeper for CBS Films and Lionsgate, it is competing against several similar films. “Southside With You,” despite its drop, is competing among romance-oriented audiences, “Bad Moms” is peeling away more females, and Meryl Streep’s “Florence Foster Jenkins” took in another $2 million.

“Morgan” also might have done better with less competition, but with “Don’t Breathe” – one of the better-reviewed horror films of late, and holding far better than most in the genre – it didn’t have much chance.

The lesson? Slotting your problem/orphan and/or uncertain film for an unappealing Labor Day Weekend works best when the late summer August releases fall off more typically quicker than they did this year.

The big story is repeating #1 film “Don’t Breathe,” the first horror film to score a second week at the top since “The Possession” in 2012. Its 40% drop is at the low end for a horror film (the holiday helps). The only other horror genre film to take top spot this year – “The Conjuring 2” – dropped a more typical 63% its second weekend.

Credit “Breathe” for defying genre precedent in its drop. But then look at this – four other films dropped less than 20%, compared to two last year among the holiday elevated grosses.

Best is “Pete’s Dragon.” Now in its fourth week, not only did it only fall only 13%, it also accomplished the highly unlikely jump from sixth place to third. It’s up to $64 million. Disney will quickly give up on “The Light Between Oceans” and concentrate on adding to the “Dragon” haul, which could approach $90 million before the foreign revenues come in.

In its sixth weekend, “Bad Moms” is down only 15%. STX not only has by far its biggest hit, but also has a leader among the year’s lower-budgeted sleeper successes. Its domestic estimate now is looking like $125 million or more, with international revenues beginning to come in (around $40 million so far, better than most female-centered comedies abroad).

Also impressive is “Kubo and the Two Strings,” the latest Laika Animation release from Focus. It has a way to go and the usual September swoon, but looks likely to get to the $51 million of “The Boxtrolls,” Laika’s last release.

Finally, there’s “Suicide Squad.” It’s in second place, down 18% in its sixth weekend. D.C. Comics’ previous release, “Batman v Superman,” was under $4 million in its sixth weekend compared to $10 million for “Suicide.” “B v S” ended up at $330 million. “Suicide,” which is at $297 million through Sunday, won’t quite get there. But Warners had lowered expectation with what felt like a defensive opening with all the brickbats thrown their way. The public has had a more positive response.