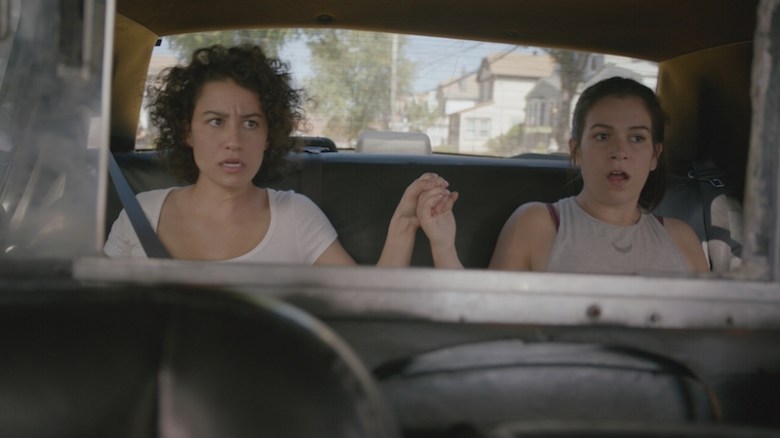 It may be just a smidge too late to rock out to an official “song of the summer,” but for fans of Comedy Central’s “Broad City,” the jams can keep on rolling well into autumn. Pitchfork reports that the Ilana Glazer- and Abbi Jacobson-starring sitcom is finally make a big ‘ol step into adulthood, thanks to the impending release of an official soundtrack.

The album was executive produced by “Broad City” Music Supervisor Matt FX Feldman and will be out October 28 via Milan Records (in association with Comedy Central Records). Vinyl pressings will be exclusively available through Urban Outfitters, which is almost so perfect that we can’t even actually joke about it.

Check out the full track list below and get a peek at some tasty cover art: This Article is related to: Television and tagged Broad City, Soundtracks