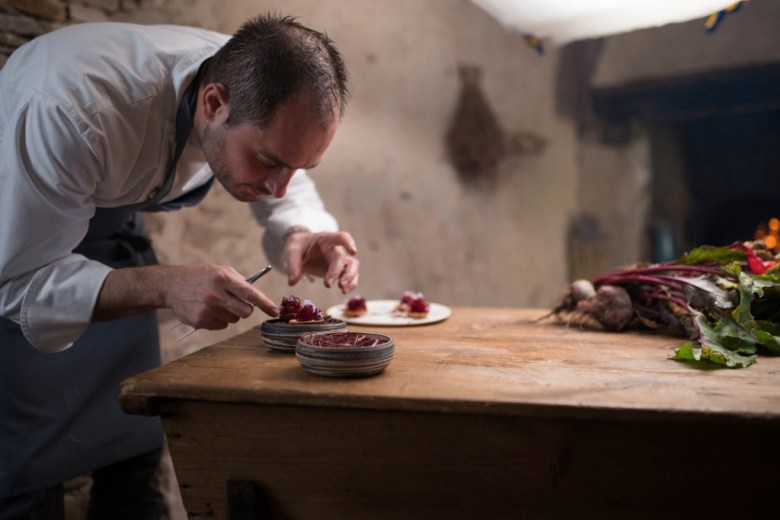 In 2011, David Gelb released a documentary film entitled “Jiro Dreams of Sushi,” which follows Jiro Ono, an 85-year-old sushi master and owner of Sukiyabashi Jiro, a Michelin three-star restaurant, on his continuing quest to perfect the art of sushi. Located in a Tokyo subway station, Sukiyabashi Jiro is a 10-seat, sushi-only restaurant and Ono serves a tasting menu of roughly 20 courses. The film received widespread critical acclaim and enraptured foodies and cinephiles alike. As a follow-up to “Jiro Dreams of Sushi,” Gelb created the Netflix documentary series “Chef’s Table,” with each episode profiling a single world-renowned chef. The first season covered chefs from the United States, Italy, Argentina, Australia, and Sweden; the second season traveled to Brazil, Mexico, Slovenia, and Thailand. Now, the upcoming third season will profile all French chefs. Watch the trailer below.

The season will cover four chefs and their restaurants: Alain Passard of L’Arpege in Paris; Adeline Grattard of Yam’Tcha in Paris; Alexandre Couillon of La Marine in Noirmoutier; and Michel Troisgros of Maison Troisgros in Roanne. As always, the season will explore what inspires these chefs and how it translates into their individual styles. It will take a personal look in to their daily lives, examine their diverse backgrounds, and investigated the evolution and craft of their chosen cuisine as well as their quests for sensory perfection.

This Article is related to: Television and tagged Chef's Table, David Gelb, Netflix