The Warner Bros. Oscar hopeful is off to a high-flying box office performance. 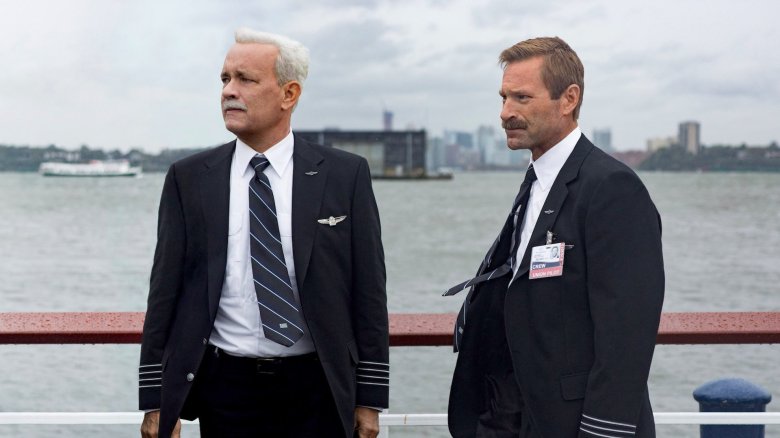 Clint Eastwood’s “Sully” and its $35 million opening weekend isn’t as miraculous as the event it portrayed, but it dovetails nicely with the film’s story about the value of professionalism and the experience of long-term veterans in their fields. Sony’s child-surrogate thriller “When the Bough Breaks” came in a distant second, but together the films helped create a strong weekend at a time that’s accustomed to modest grosses.

Two other new openers – the European animated acquisition “The Wild Life” (Lionsgate) and Relativity’s attempted comeback, “The Disappointments Room,” were afterthoughts. The autumn looks to be as brutal as this summer, and timing – an asset to “Sully” — should play a key role in the performance of many upcoming films.

The Fall Season Starts Off On Even Footing

The Top Ten totals this weekend, around $82 million, are a near duplication of 2015. That leaves the year to date totals about 5% ahead. That’s great for theaters. In this case, though, with four new openings and varying results on holdovers, it’s more of a mixed bag for studios.

“Sully” looks good for the long haul. “Bough” had more potential, but seemed to lack the gleam of originality possessed by other recent low-budget genre films. Still, it fared well enough for its cost.

“The Wild Life” (a European animated talking-animals Robinson Crusoe revamp) might have landed anywhere from its #5 placement (at $3.4 million) to coming in just short of the Top 10. The distributor has three of the top 11 films – partner CBS Films is doing very well with #9, “Hell or High Water,” and their Pantelion side has “No Manches Frida” at #11. They also have Millennium’s “Mechanic: Resurrection” and Amazon’s “Cafe Society” in the mix.

The grimmer news comes from out of Relativity, which didn’t return from bankruptcy strong with their delayed release of D.J. Caruso’s $15 million “The Disappointments Room” starring Kate Beckinsale. With $1.4 million in 1,500 theaters and a 17th place position, that won’t help their cause.

The consensus weekend guess for the Clint Eastwood/Tom Hanks collaboration was in the low-to-mid $20s. Instead it earned $35.5 million, and one undisputed record – it is the best wide opening ever for a director over 85. In adjusted numbers, it also looks like the best September opening ever for a film with serious awards hopes (including Best Picture and Actor).

Only a handful of September releases have gotten major Oscar attention. “Moneyball” and long-ago “Fatal Attraction” are among the rare Best Picture nominees. Awards are down the line, but if initial reaction (including an ‘A’ Cinemascore and a healthy 20% Saturday uptick suggesting a strong multiple ahead) bears out, “Sully” could have a long life.

Many fall entries are getting attention from festivals, but “Sully” has beaten them out in what looks like a very crowded schedule ahead. Combine that with its reviews – at Metacritic, its 75 a bit ahead of “American Sniper” and better than any of Eastwood’s films since “Letters from Iwo Jima.” It’s in the same range as upcoming contenders like “The Birth of a Nation” and “Loving,” though below other standouts like “Moonlight,” “Manchester by the Sea,” and “LaLa Land.” And it could be one of the top grossers among them.

The recent contretemps over Eastwood’s political views made some think that might hurt “Sully.” That made little sense, since his films have never been easily categorized ideologically. And “Sniper” made $350 million.

To risk some charges of cynicism and tastelessness in pointing it out, 9/11 – not remotely a holiday, but always remembered, and with the film’s tie to heroism in Manhattan – perhaps this isn’t coincidental. It has the feel of being the right film at the right moment.

“When the Bough Breaks” came in a few million below some expectations. That it fell short is, at worst, a lost opportunity for some easy profit. For 2016, Sony is in 5th place among studios, with an 8% share of total gross. And with “Bough” at a $10 million production cost and tightly budgeted marketing costs, it should end up making a small profit.

Looking over the studio’s 11 wide releases this year, it is impressive to note that only one – “Ghostbusters” — cost over $100 million. In fact, only one other – the more profitable “The Angry Birds Movie” – came in over $50 million ($73 million to be exact). Five cost $20 million or less pre-marketing.

And that gets them to a studio share almost as good as they came in at for all of 2015. If profits were the standard, they’d rank higher among their peers.

There isn’t a lot of glamour attached to many of these films. But in a year when the relative failure of “Ghostbusters” has gotten the most attention, Sony, Screen Gems, and partners like the faith-based related Affirmed has done quite well for themselves.

“Don’t Breathe” still ranks third, with only a 48% drop (low for a horror film). “Kubo and the Two Strings” has held well enough to look likely to hit the $50 million range of previous Laika Studio animated releases. “Pete’s Dragon” looks to top out around $80 million, making foreign grosses vital to get it to break even.

Then there’s “Bad Moms” – in its seventh weekend, it’s the oldest film in the Top Ten, at $107 million, and not done yet. Expect “Worse Moms” or similar before too long.