The "Transparent" actor wins for his role as Maura Pfefferman. 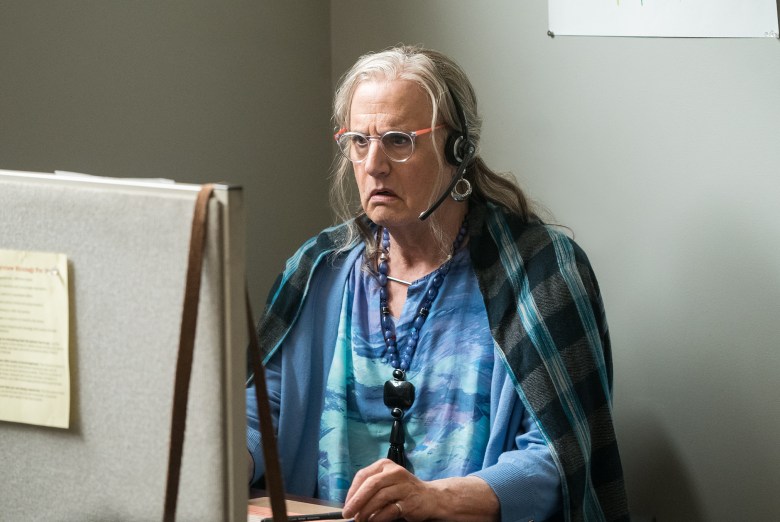 Jeffrey Tambor snagged a win in the Outstanding Lead Actor in a Comedy Series category Sunday night at the 2016 Primetime Emmy Awards.

The actor, who portrays Maura Pfefferman in “Transparent,” has previously been nominated eight times and won twice, both for his role on the Amazon series.

“There is no best actor,” he began. “I am so honored to be in this category.” The actor also thanked “Transparent” creator Jill Soloway for changing his life and career, the cast and the producers, “This would be a much lesser award if it wasn’t for your [talent].”

He concluded his speech by speaking up for the transgender community: “To you people, you producers and network owners, agents and creative sparks. Please give transgender talent a chance. Give them auditions. Give them their story. Do that.”

"Please give transgender talent a chance. Give them auditions. Give them their story." – @JeffreyTambor #Emmys https://t.co/rQYQwuNFX5

Among the other nominees in the category were Aziz Ansari of “Master of None,” Will Forte of “The Last Man on Earth,” William H. Macy of “Shameless,” Thomas Middleditch of “Silicon Valley” and Anthony Anderson of “Black-ish.”

The Primetime Emmy Awards were hosted by Jimmy Kimmel at the Microsoft Theater in Los Angeles. The annual ceremony celebrates the best in U.S. prime time television programming as chosen by the Academy of Television Arts & Sciences.

This Article is related to: Awards and tagged Emmys, Jeffrey Tambor, Transparent