"The Americans" may have lost the big prize, but the FX drama still came out of the Emmys on top. 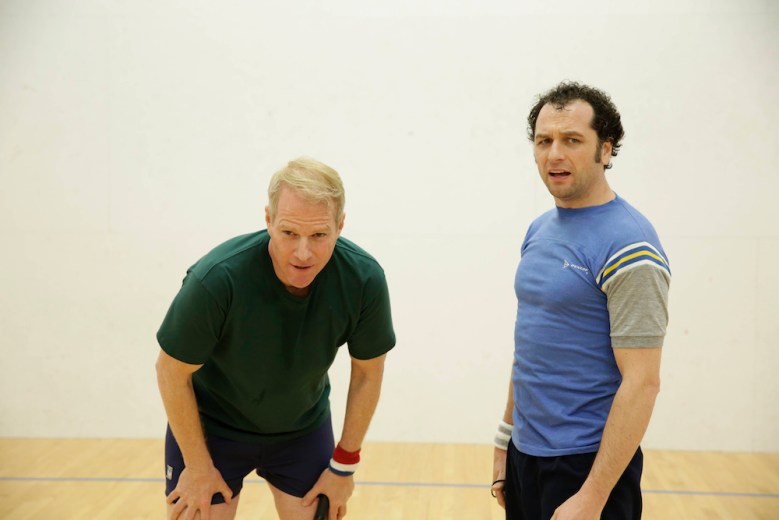 One of the most common statements in this year’s Emmys race (even before the nominations were announced) is a staple of all awards shows – one you undoubtedly heard a few tuxedo-clad and gown-wearing Emmys attendees utter a version of on the red carpet Sunday evening.

“It’s an honor just to be nominated,” they may have said, or, “We’re just happy to be in the conversation.”

Winning is also a dominating component of our American DNA, and it’s this idea, too, which makes it perhaps even more fitting that “The Americans,” a deconstruction of what it means to be a patriot, lost instead.

READ MORE: ‘The Americans’: The Emmys Finally Nominated the Best Drama on Cable

Technically, yes — it lost, and it lost a lot. “The Americans” couldn’t topple “Game of Thrones” for Outstanding Drama Series, nor could it steal trophies for its beloved leads Matthew Rhys and Keri Russell. Creators Joe Weisberg and Joel Fields couldn’t even win for Outstanding Writing, again defeated by the HBO giant in what is an utterly inexplicable choice to anyone who’s written words, plural.

But those people — the ones who said they were just happy to be there — they weren’t lying. There is so much great television on the air right now, any cliched alteration of, “It’s an honor just to be nominated” is actually true for a lot of shows. Even for past winners like “Veep,” “Modern Family” and “Game of Thrones,” the statement should still be sincere. As “Homeland” learned in Season 3, if the quality dips — even for a season — you’re going to get replaced. And no one was happier to be at the Emmys than the cast and creators of “The Americans.” Though Rhys and Russell, a respectfully private couple, didn’t make a huge splash on the red carpet, Russell presented an award during the ceremony and both seemed to be in good spirits before and after the show. Their moods matched giddy reactions on nominations’ morning, when pessimistic worry turned into jubilant triumph. Neither Weisberg or Fields expected to get nominated, but reported “big smiles all around” after the news broke.

It was Rhys who had the most telling statement, given to The Hollywood Reporter: “For three minutes, we were like, ‘This is fantastic,’ then we were like, ‘Oh no, now people will watch. We’re dead. Everyone will hate us. This is terrible.'”

Of course, it’s not terrible. It’s far from terrible. It’s fantastic. As proud and protective of the FX drama as fans can be, the dedicated faithful are persistent in recommending the exceptional series over and over again. Critics do it every season. Fans take to social media every week. People have been talking about “The Americans” for four years, but only now, thanks to the 2016 Emmys, has the series garnered the verifiable respect of its industry and been given the exposure offered by a telecast seen by 12 million viewers. (In comparison, “The Americans” averages just over 900,000 viewers per episode in Season 4.)

Moreover, “The Americans” will never be the kind of mainstream hit that “Game of Thrones” has become. Perhaps it can creep up to “Homeland” levels (1.5 million viewers in its fifth season), a pay cable hit bolstered by Emmys love from the get-go. The challenging and sophisticated series has never been made for everyone, so setting it up in a popularity contest — even among voters who are hopefully smarter than the average TV viewer — is mission: impossible. The fact it broke through at all is a testament to its undeniable quality, and just the nod of recognition needed for a series built with brains.

And that makes “The Americans” a winner from the second it landed its nominations.

The ceremony itself was just icing on the cake — a finishing touch ensuring the Emmys’ sizable audience would remember the FX drama, no matter what. Pundits kept discussing the possibility of an upset even as the series’ representatives walked the carpet. Fans following along with the ceremony on social media were exposed to the loud voice of an excited fan base. Photos will circulate of the (beautiful) stars working the after parties (we hope). Even after losing every award it was up for Sunday night, by the end of the show “The Americans” was trending on Twitter.

In the end, word has spread, and the fact remains that more people will know of “The Americans” come Monday morning than did on Sunday night — even after losing.

Of course, “The Americans” didn’t lose everything. Margo Martindale, who presented the Outstanding Writing Emmy Sunday night, took home her third Emmy for Outstanding Guest Actress in a Drama Series a week ago at the Creative Arts Emmys. And when she did, the actress who plays Claudia, Phillip and Elizabeth’s first handler, used her time on stage to say, “Let this be the year of ‘The Americans!'”

Much to her undoubted delight, it already was.

This Article is related to: Awards and tagged Emmys, The Americans