Keep up with the wild and wooly world of indie film acquisitions with our weekly Rundown of everything that's been picked up around the globe. 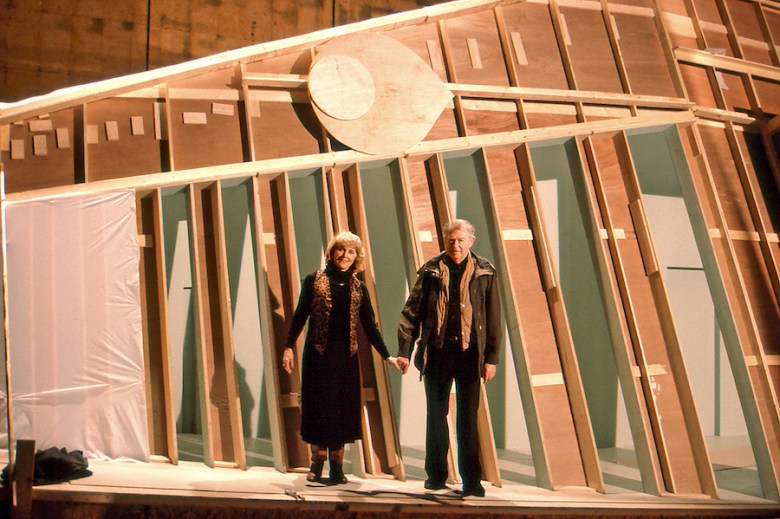 – EXCLUSIVE: Zeitgeist Films has announced that it has acquired “Harold and Lillian: A Hollywood Love Story,” a documentary about two fascinating (and unsung) heroes of 60+ years of Hollywood history. Directed by Daniel Raim and executive produced by Danny DeVito, the film had its premiere in the Cannes Classics section of the Festival.

The film will open in the first quarter of 2017 with a national rollout to follow.

– Open Road Films has acquired all North American rights to the romantic comedy “Home Again,” which will star Reese Witherspoon. The film was written by Hallie Meyers-Shyer and will be directed by Meyers-Shyer in her directorial debut. Nancy Meyers is producing alongside Black Bicycle Entertainment’s Erika Olde, who also financed the film. Michael Sheen, Nat Wolff and Lake Bell have also joined the cast.

The film tells “the story of a recently separated mother of two (Witherspoon) whose new life in Los Angeles is overturned when she decides to take in three young, charismatic guys who become part of her unconventional family.” It is scheduled to begin production in fall of 2016 and is expected to be released in the U.S. in fourth quarter 2017. – The Orchard has announced that the company has acquired director Chadd Harbold’s narrative feature “Long Nights Short Mornings.” The 2016 SXSW drama stars Shiloh Fernandez, Addison Timlin, Natalia Dyer, Stella Maeve and Helen Rogers. The film “is an examination of the romantic life of a young man in New York City and his sometimes fleeting, sometimes profound experiences with the women he encounters.”

The Orchard, which owns all English-speaking digital and ancillary distribution rights to the film, plans a digital and VOD released in the first quarter of 2017. It will have its New York Premiere on October 5 as part of NewFilmmakers NY, the longest running screening series in the city, held at the Anthology Film Archives.

– Oscilloscope Laboratories has announced that it has acquired North American rights to Ceyda Torun’s documentary “Kedi.” The film follows “hundreds of thousands of cats [who] roam the metropolis of Istanbul freely. For thousands of years they’ve wandered in and out of people’s lives, becoming an essential part of the communities that make the city so rich. Claiming no owners, these animals live between two worlds, neither wild nor tame – and they bring joy and purpose to those people they choose to adopt. In Istanbul, cats are the mirrors to the people, allowing them to reflect on their lives in ways nothing else could.”

Oscilloscope will release the film theatrically in early 2017, following a robust festival run throughout the fall.

The film follows “Ethan (Elder), an idealist romantic, [after he] gets fired, he reluctantly accepts the task of breaking up a girl’s relationship for her disapproving mother. Through word-of-mouth, the one-time gig turns him into a professional ‘match breaker.’ As luck would have it, he winds up falling for one of his clients’ daughters and must balance his secret job and love life.”

The film will have a limited theatrical run beginning October 7, and is expected to be available digitally and on VOD and DVD in December 2016.

– Magnet Releasing, the genre arm of Magnolia Pictures, has announced that they have acquired U.S. rights to “Officer Downe,” the debut feature of M. Shawn Crahan (aka “Clown”), co-founder and visual architect of Grammy winning and multi-platinum band Slipknot. The film is “adapted from the 2010 graphic novel by Joe Casey and Chris Burnham, [and] concocts a hyper-real Los Angeles for the story of a savage LA policeman who is repeatedly resurrected and returned to active duty via dark science technology. When a rookie officer named Gable is recruited as back up, he discovers there’s much more to the titular super-cop than a mindless law enforcement drone warring against a twisted rouges gallery of over-the-top super-villains.”

The film, starring Kim Coates, will be released in theaters and On Demand November 18. – Roadside Attractions has acquired from Gutta Percha Productions the U.S. rights to “Tommy’s Honour,” the critically-acclaimed drama that was the Gala Opening Night film at the Edinburgh International Film Festival. The film is “about the real-life founders of the modern game of golf and is directed by Jason Connery.” The film will be released theatrically on March 24, 2017.

– Samuel Goldwyn Films has announced they have acquired North American rights to Sasha Gordon’s “It Had to Be You,” starring Cristin Milioti and Dan Soder. Billed as a “subversive romantic comedy,” the film has won numerous awards on the festival circuit following its world premiere at the Austin Film Festival.

The film is slated for an October 21 release.

Breaking Glass is planning a premium VOD and theatrical release for early 2017.

– Atlas Media has announced that its upcoming feature-length documentary, “Best Worst Thing That Ever Could Have Happened,” billed as “a thrilling, behind-the-scenes look into the ‘then’ and ‘now’ of perhaps Stephen Sondheim’s most beloved work, ‘Merrily We Roll Along,'” has been acquired for theatrical distribution by Abramorama.

The film will have its world premiere at the New York Film Festival on Sunday, October 9, and will be released theatrically on Friday, November 18 in New York City at Film Society of Lincoln as well as the IFC Center and on Friday, November 25 in Los Angeles at Laemmle’s Royal Theatre.

The film is currently in post-production and is set for a release in March 2017. – Kino Lorber has announced the acquisition of all North American rights to the documentary “Human,” a masterwork by award-winning French photographer and filmmaker Yann Arthus-Bertrand. The epic film “presents a collection of stories and images from around the world, offering an unprecedented cinematic immersion to the core of what it means to be human.”

On September 20, the film was presented as a special event screening in New York at the French Institute Alliance Française in the presence of François Hollande, President of the French Republic. This special event screening will be followed by similar events around the country, with VOD and package media launches scheduled for the summer of 2017.

– IFC Films has announced that the company has acquired North American rights to Nick Hamm’s “The Journey.” from prolific independent entertainment studio IM Global. The film, directed by Hamm and written by Colin Bateman, stars Timothy Spall, Colm Meaney, John Hurt, Toby Stephens and Freddie Highmore. The film had its world premiere at the 2016 Venice Film Festival followed by its North American premiere in Toronto.

The film will have a theatrical release in mid-2017.

– Cohen Media Group has acquired all U.S. distribution rights to Katell Quillévéré’s “Heal the Living,” billed as “an elegant and moving drama about families brought together by shocking news.” The film “is based on Maylis de Kerangal’s Booker Prize-longlisted novel” and “artfully connects three seemingly unrelated stories to dramatize the moment when tragedy meets hope.”

The film, which was acquired at the 2016 Toronto International Film Festvial, will be released in the spring of 2017.

– BOND/360 has acquired the U.S. and Canadian rights to “I Am the Ambassador.” The popular Danish reality TV series follows Rufus Gifford, the American ambassador to Denmark. Known for his charisma and championing of LGBT rights, Gifford has made a name for himself and reached celebrity status in the country of 5.7 million.

The ten-part series is now available on Netflix and will be followed by a digital release on iTunes and DVD this fall.

This Article is related to: Film and tagged Acquisitions