Keep up with the glitzy film awards world with our weekly Film Awards Roundup column. 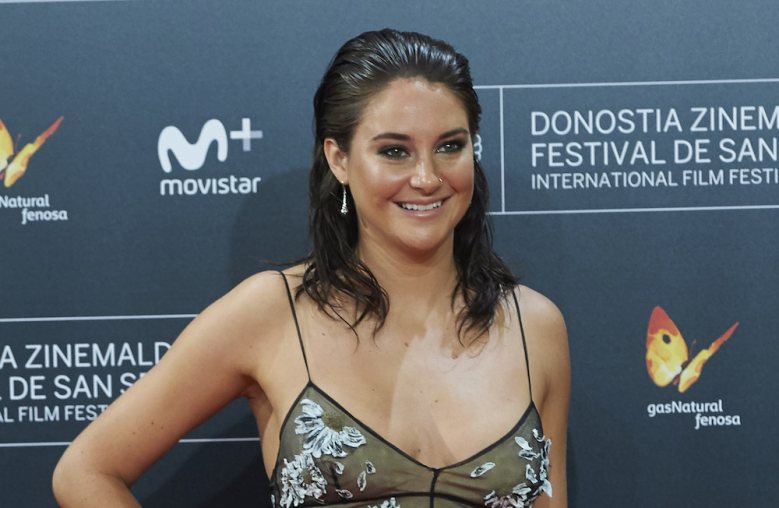 Keep up with the glitzy film awards world with our weekly Film Awards Roundup column.

– The Environmental Media Association (EMA) will honor actress and activist Shailene Woodley with the Female EMA Futures Award at the 26thAnnual EMA Awards on Saturday, October 22 at Warner Bros. studios in Burbank, California.

“As an influencer and activist, [Woodley] has used her celebrity status to motivate and activate her fans and supporters to take action in their own lives,” said Debbie Levin, CEO of EMA. “A strong proponent of climate change and individual responsibility, we couldn’t be more proud to honor and share this young woman’s authentic commitment and ‘boots on the ground’ rallying for social and environmental justice issues.”

– The Film Society of Lincoln Center has announced that James N. Kienitz Wilkins will receive the 2016 Kazuko Trust Award. The trust was established upon the death of Kazuko Oshima, a patron of the Film Society and admirer of experimental film, and the grant is presented in recognition of the excellence and innovation of an artist’s moving-image work.

Wilkins is an artist and filmmaker whose short films, features, and multimedia projects have been shown at international film festivals around the world. Past movies include the experimental documentary feature, “Public Hearing” (2012), and the short “Special Features” (2014), which won the Founder’s Spirit Award at the Ann Arbor Film Festival 2015 and a Grand Prix at the 25 FPS Festival 2015. In 2016, Wilkins was selected as one ofFilmmaker magazine’s 25 New Faces of Independent Film. His latest short film, Indefinite Pitch, will screen on October 8 and 9 as a part of the 54th New York Film Festival.

“Nocturne in Black,” directed by Columbia University’s Jimmy Keyrouz, won the gold in the narrative category, while “4.1 Miles,” directed by the University of California, Berkeley’s Daphne Matziaraki, won the documentary gold. The schools that took home the most awards were AFI, USC, Berkeley, Columbia. Past Student Academy Award winners Spike Lee, Trey Parker and Robert Zemeckis. – “Sand Storm,” a drama set in southern Israel, has won the 2016 Ophir Award as the best Israeli film. The movie will be Israel’s foreign language race Oscar entry at the Academy Awards. Directed by a female director with support from both Jewish and Arab crew members, “Sand Storm” entered the Ophirs with more nominations than any other film.The movie centers on a women and her struggles living in a patriarchal society.

– Ridley Scott will be the 30th recipient of the American Cinematheque Award at the Cinematheque’s annual benefit gala on October 14 at The Beverly Hilton in Los Angeles. Matt Damon will present the award after an evening of in-person tributes from host Russell Crowe, Noomi Rapace, Katherine Waterston, Sigourney Weaver and Kristen Wiig.

Prior to the tribute, Bradley Cooper will present the Sid Grauman Award to Sue Kroll, President, Worldwide Marketing and Distribution for Warner Bros. Pictures. “To state it simply, Ridley Scott is one of the greatest directors in the history of the motion picture,” American Cinematheque Chairman Rick Nicita said in a statement that mentioned several of Scott’s films, including “Alien,” “Blade Runner,” “Thelma and Louise,” “Black Hawk Down” and “Gladiator.” “Adding to his luster, his production company Scott Free, formed with his brother Tony, has produced a long string of successful movie and television projects. We are thrilled to honor a true modern master.” – The Independent Filmmaker Project (IFP) has announced that Founder and Chairman of New Regency, Producer Arnon Milchan will receive the Industry Tribute at the 2016 IFP Gotham Awards. Milchan will join previously announced tribute honorees Amy Adams, Ethan Hawke, and Oliver Stone for the ceremony on November 28 in New York City.

“Arnon Milchan exemplifies the passion, drive, and innovative thinking essential to independent film,” Joana Vicente, Executive Director of IFP and the Made in NY Media Center, said in a statement. “We can think of few others who have so consistently supported the best in auteur-driven filmmaking, working with such talent as Oliver Stone, David Fincher, and Alejandro G. Iñárritu.” The Industry Tribute is awarded each year to an individual whose unique vision and contributions have made a signiﬁcant impact on the motion picture industry.

– The Fifth Annual Australians in Film Awards and Benefit Dinner will honor Suicide Squad actor Jai Courtney and acclaimed filmmaker Garth Davis, who will receive the FOXTEL Breakthrough Awards at the gala event on October 19 at NeueHouse Hollywood in Los Angeles.