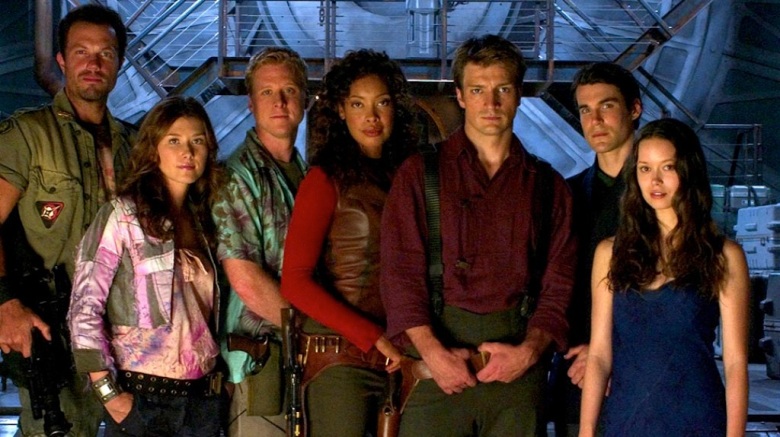 “Firefly” tends to rank pretty high in the gone-too-soon TV canon. A sci-fi series created by Joss Whedon and canceled by Fox after its first season, which ran for 14 episodes between late 2002 and early 2003, the show has since become a cult classic. To hear star Nathan Fillion tell it, one of Whedon’s ideas that never materialized was especially compelling.

“Joss once described an opening scene to me where we are looking at a planet with a ring around it and as we come in close, we see the ring is actually rocks and pieces of ships and old derelicts. It’s a junk ring. It’s the junkyards — we mentioned it in ‘Firefly’ one time. We see little bits and we’re jumping slowly from bit to bit and as we get closer we see Serenity floating lifeless and these little people getting on and coming through it. And as they get into the airlock and they close it, they come and there’s Malcolm Reynolds, bleeding and cut, strapped down with giant guns and not looking great. He’s got these two giant guns, and he says, ‘Get off my ship.'”

This Article is related to: Television and tagged Firefly, Joss Whedon, Nathan Fillion