Fox Searchlight is reteaming with "A United Kingdom" director Amma Asante after distributing her 2013 film "Belle." 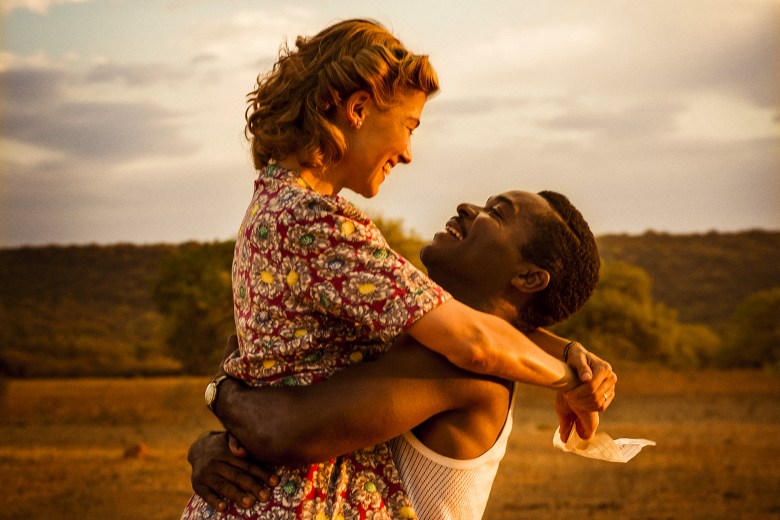 Pathé, BBC Films, the BFI and Ingenious Media financed the movie, which hits theaters on February 17, 2017.

“This moving love story spans continents while also being intimate and specific, anchored by the powerful performances of David Oyelowo and Rosamund Pike,” Fox Searchlight Presidents Stephen Gilula and Nancy Utley said in a statement

Asante’s 2013 film “Belle,” about the mixed race daughter of a Royal Navy Admiral in 18th century England, was also distributed by Fox Searchlight. “They are the perfect partners to help tell the story of King Seretse Khama and Ruth Williams and to expose audiences to their enduring love,” Asante said in the statement. Oyelowo commented that he was “elated to be back in business” with Fox Searchlight, which distributed his 2006 film “The Last King of Scotland.”

Sony Pictures Classics also announced Friday that it has acquired all rights in the U.S. and several international territories to Aisling Walsh’s biopic of artist Maud Lewis, “Maudie.” The film stars Sally Hawkins and Ethan Hawke and is based on a true story of an unlikely romance between Lewis and a woman named Maud who is determined to be his housekeeper.