The Oscar-winning actress has always had to fight to be seen for her talent, and she explains how Spike Lee eventually helped enable her big ambitions. 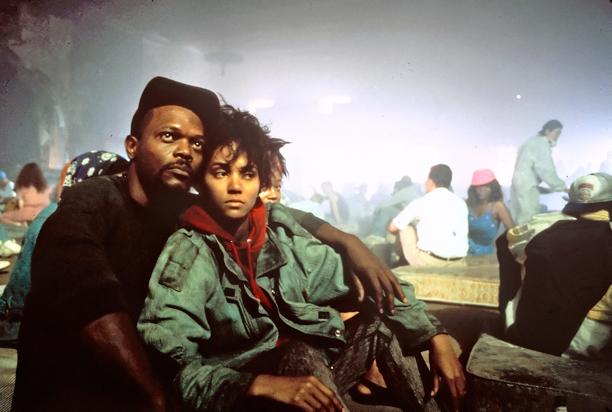 Two weird truths about Hollywood: The industry loves to pigeonhole good-looking performers (especially good-looking actresses) into roles seemingly more suited to their physical attributes AND it also loves nothing more than when an attractive star plays ugly (or even average!) to get into character for a splashy role. Halle Berry is certainly familiar with this strange dichotomy, and the Oscar-winning actress recently spoke out about how she had to buck being typecast as a “gorgeous girl” in order to get the kind of work she really wanted.

In a new interview with W Magazine (via E! Online), Berry explains that when she first came to Hollywood, she was almost immediately disregarded by industry professionals, simply because of the way she looks. “I came from the world of beauty pageants and modeling,” she told W. “And right away when people heard that, I got discounted as an actor.”

Berry points to one particular filmmaker for changing that attitude and flipping the script: Spike Lee, who gave Berry her first movie role in his 1991 feature, “Jungle Fever.” Berry went out for the film after a short stint on the series “Living Dolls,” and even back then, Berry was ambitious and focused on sussing out roles that could really stretch her talent. In fact, she was the one who first indicated to Lee what she wanted to do in the film.

As she told W: “Spike Lee wanted me to read for the part of his wife and I read that part fine enough, but then I said to Spike, ‘You know, I really am eyeing this crack ho role, can you please let me audition for that?’ And he said, ‘No, no I don’t see you as the crack ho.'”

Despite Lee’s initial resistance, Berry took matters into her own hands, washing off her makeup and coming back into the audition room to try her hand at Vivian, the so-called “crack ho.” “So, he let me do that and I came back out and I got to read the crack ho, and I got the part of the of the crack ho,” Berry told W. “And it was an amazing way to start my career, playing a crack ho be directed by Spike Lee. It was major for me.”

She added:  “It was intentional to not play the gorgeous girl…I had the job of trying to eliminate that part of my persona, and Spike gave me a chance to do that. And I took on roles early on that really didn’t rely on my physical self at all and that was a good way to sort of get some credibility within my industry.”

Although Berry and Lee had success with Berry’s big turn as Vivian, Berry made it clear that she did still have to fight to be seen as a multi-faceted actress who could mold the looks of her characters — even in not so flattering ways! — if it fit the role at hand. She also told W that even when she as auditioning for “Monster’s Ball” — the film that eventually earned her an Academy Award — producer Lee Daniels balked at even considering her for the part.

“Lee Daniels didn’t want to see me read. He was actually disgusted by the thought,” she said. “He thought there’s no way and my argument to him was, just because someone looks a certain way doesn’t mean that they are spared adversity. Adversity does not discriminate.”

Berry continued, “I thought, ‘My looks haven’t spared me one hardship or one hurt moment or one painful situation. So please, you know, give me a shot at this.’ I said, ‘I often think it’s more interesting when you see someone that looks a certain way struggle in ways that you wouldn’t think they would be struggling with.’ He ultimately gave me a chance and that sort of changed the course of my career in so many ways.”

Check out the entire interview over at W Magazine.

This Article is related to: Film and tagged Halle Berry, Spike Lee