The film is scheduled to be released in theaters and VOD on September 23rd. 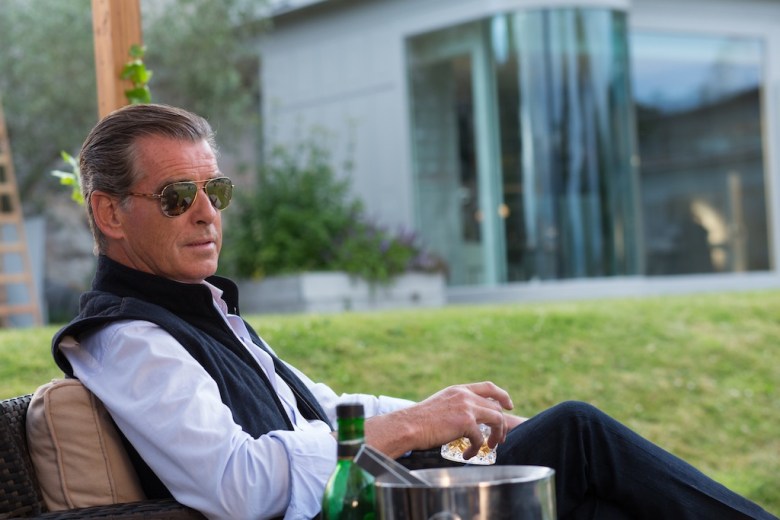 Actor Pierce Brosnan has had a busy year so far. He previously starred in the dark thriller “Urge” as a mysterious nightclub owner who introduces his friends to a new designer drug and drags them into a deadly trap. Now, he stars in another action thriller “I.T.” as Mike Regan, a successful, self-made man with a state-of-the-art “smart home,” but when his I.T. consultant Ed (James Frecheville) starts stalking his daughter and threatening his entire life, he’s drawn into a complex cat-and-mouse game where the normal rules don’t apply. The film also stars Anna Friel (“Pushing Daisies”), Stefanie Scott (“Flipped”), and Michael Nyqvist (“John Wick”). Watch an exclusive clip from the film below.

READ MORE: Pierce Brosnan Says ‘Spectre’ Story Was “Weak” And The Movie Was “Too Long”

The film is directed by John Moore. He previously directed “Behind Enemy Lines,” starring Owen Wilson and Gene Hackman, the remake of “The Omen,” the video game adaptation “Max Payne, and most recently “A Good Day to Die Hard.”

Meanwhile, Brosnan will appear in the upcoming action-adventure fantasy “The King’s Daughter” as King Louis XIV and opposite Jackie Chan in “The Foreigner.” He will also appear in the AMC drama “The Son,” an epic tale of the bloody rise and fall of one Texas oil empire, in 2017.

“I.T.” is scheduled to be released in theaters and VOD on September 23rd.

This Article is related to: Film and tagged John Moore, Pierce Brosnan