A "Kicks" producer also reveals how much the negative scores dissuade people from seeing the movies. 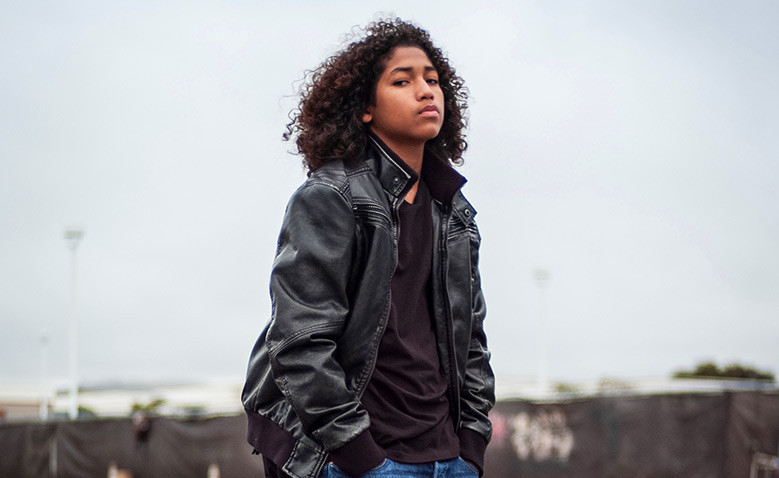 “Kicks,” an indie film directed by Justin Tipping about a teen who sets out to get back Air Jordans that were stolen from him, received positive reviews after premiering at this year’s Tribeca Film Festival. The film currently has a 78 percent fresh score on Rotten Tomatoes, but on IMDB it has a score of 4.7 out of 10, based on 1,143 votes.

A new Wired article, titled “IMDB Voters Are Tanking Indies Before They’re Even Released,” investigates why indie films such as “Kicks” have been receiving a slew of negative reviews days before their opening night.

“The bulk of these scores came from voters who provided the site with no biographical data, making them essentially anonymous—and, to the filmmakers, very suspect,” wrote Brian Raftery of Wired.

“Not to be conspiracy theorists,” added “Kicks” producer David Kaplan. “But when you see something like this, you want to know what’s going on. When that score pops up, how many people are potentially going to be dissuaded from seeing this movie on our opening weekend, and in release? It’s hard to extrapolate what damage it could do.”

“Kicks” isn’t the only film to get brought down with negative scores. “Other People” and “Demon,” both smaller films that were well-received by critics, also had sudden changes in their score when more than 1,000 new votes brought the films’ averages down.

While Raftery states that maybe people really didn’t enjoy the films, it’s still strange that the users decided to make their opinions known “en masse within the same narrow time-span.”

“It can take weeks—sometimes even months—for smaller films to acquire such a high number of IMDb user-reviews,” he explained. “‘Don’t Think Twice,’ which opened on July 22, and has made $3.5 million at the box office, has slightly more than 1,300 IMDb votes, while the well-reviewed ‘Little Men,’ which opened Aug. 5, has just more than 500 user-review votes on the site.”

READ MORE: How Female-Led TV Shows Are Being Negatively Skewed By Men Online

The question is, are people really rallying up to take a movie down? “Ghostbusters” received a lot of internet backlash prior to its release, and according to the article, Nate Parker’s yet-to-be-released “The Birth of a Nation” has seen several new 1/10 scores, which could potentially be tied to the director’s rape case controversy.

“I couldn’t really say why we’re getting picked on,” says Kaplan. “There’s no easy motive to point to. Maybe it’s a group going out for fun; maybe it’s some filmmaker I’ve wronged along the way; or maybe it’s an ex-girlfriend of Justin Tipping. But none of those seem right.”

This Article is related to: Film and tagged IMDB, Kicks