After its TIFF premiere next week, the film heads to Netflix in October. 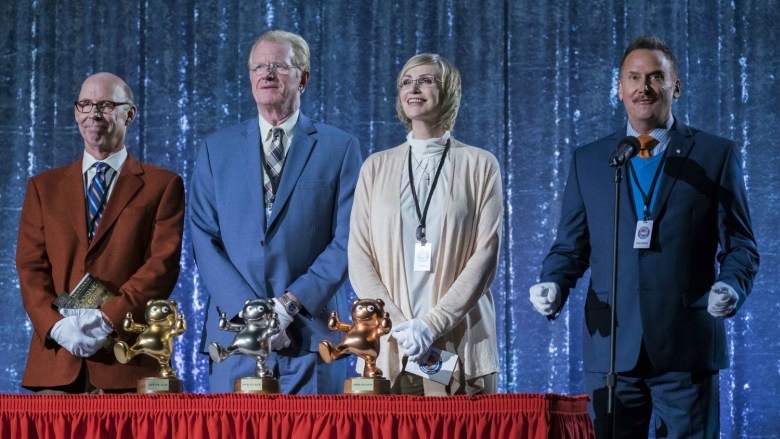 Not to be confused with Hulu’s “Behind the Mask” documentary series, Netflix’s “Mascots” is the latest comedy from “Waiting for Guffman” and “Best in Show” director Christopher Guest. His latest mockumentary, which takes on the competitive world of sports mascots, is set to premiere next weekend at the Toronto International Film Festival. Watch its first trailer below.

In addition to returning Guest collaborators like Jane Lynch, Parker Posey, Jennifer Coolidge, Fred Willard and John Michael Higgins, the ensemble casts also adds newcomer Zach Woods (“Silicon Valley,” “The Office”) to the mix. “Mascots” takes place at a national contest reminiscent of the high-stakes dog competition from “Best in Show,” only the animals are costumes and the people behind them are competing for the prestigious Gold Fluffy Award; among the 20 finalists vying for the title are Alvin the Armadillo (Posey), Ollie the Octopus (Woods) and the Fist (Chris O’Dowd).

After its TIFF premiere, “Mascots” will be available to stream on October 13.

This Article is related to: Film and tagged Christopher Guest, Mascots, Netflix, Trailers