Gus Van Sant's latest film should bring in less than $7,000 in two weeks, but with 101 theaters it may have already hit the magic number. 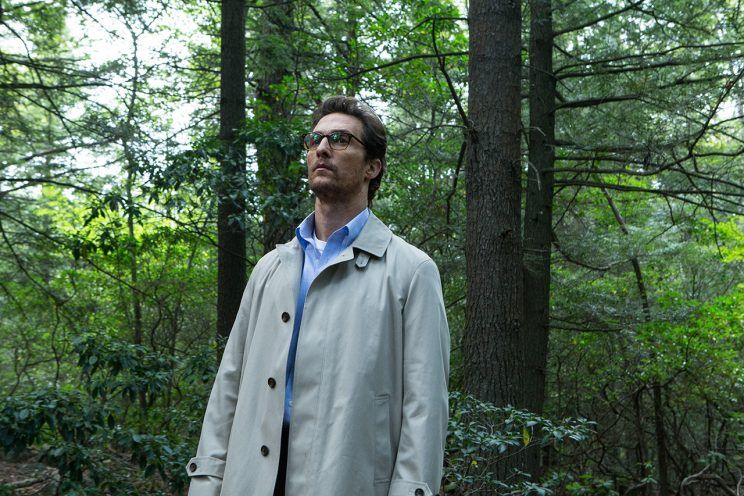 Gus Van Sant is the Oscar-nominated, critically acclaimed director of “Milk” and “Good Will Hunting,” but his career also has seen a few misses — and none more so than “The Sea of Trees.” Released to derision at the 2015 Cannes Film Festival and recently acquired by A24, the film stars Matthew McConaughey and Naomi Watts and made $2,894 in its first week at the box office.

Granted, that was on two screens. But by jumping from two screens to 101 in its second weekend, that total will likely rise to around $6,500. Or to look at it another way: By adding 99 screens, each should generate about $36 in the second weekend.

That’s a dreadful theatrical release by anyone’s standards, but this wasn’t a standard theatrical release; it’s closer to what retailers like to call a loss leader, a product that loses money because it brings people to the store. And in this case the store isn’t the movie theaters, but iTunes (where it began streaming day-and-date August 26), Netflix, and VOD platforms.

The 101 theater count is likely no accident. Other indie distributors have a 100-theater minimum release written into their agreements as a requirement for earning carriage on Netflix. Theatrical releases are still the best way to ensure public awareness and reviews (even though the reviews here are almost uniformly dreadful; the Los Angeles Times was an outlier, calling it “a stronger movie experience than one might expect”).

READ MORE: Matthew McConaughey & Gus Van Sant Don’t Care That Everyone Hated ‘Sea Of Trees,’ Made Some Lincoln Ads Together

So with A24’s acquisition almost certainly based on the VOD draw that its stars would provide, was it worth the gamble? Currently, “The Sea of Trees” stands at no. 49 on the iTunes rental chart and no. 60 for sales. Presuming they made a good bargain on the acquisition, they’ve added a low-cost Matthew McConaughey and Gus Van Sant title to its library; it’s not a bad investment. However, with a reported budget of $25 million, that may not be the case for the film’s producers.

“The Sea of Trees” centers on a suicidal American who befriends a Japanese man lost in a forest near Mt. Fuji and their search for a way out. The film got off to a rough start when it was booed during its Cannes premiere and scored a 0.6 out of 4 on the festival’s jury rankings. IndieWire’s Eric Kohn gave the film a D in his review and called it “Gus Van Sant’s worst movie.”

READ MORE: Why A24 Picked Up Gus Van Sant’s Critical Dud ‘The Sea of Trees’

A24 has fared well with its other two releases this year, “The Lobster” and “Swiss Army Man,” which brought in $8.6 million and $4.1 million, respectively. As for McConaughey, he may be better off with his Stephen Gaghan-directed thriller “Gold,” out December 25, and the highly anticipated Nikolaj Arcel-helmed Stephen King adaptation, “The Dark Tower.” Watts will next be seen in the boxing drama “The Bleeder” and has critics excited about her role opposite Jacob Tremblay in the thriller “Shut In,” out November 11.

Check out the film’s trailer below.

This Article is related to: Film and tagged Gus Van Sant, Matthew McConaughey, The Sea Of Trees