Watch the final film from filmmaking duo Aaron Aites and Audrey Ewell, a sci-fi-tinged short with lots to say. 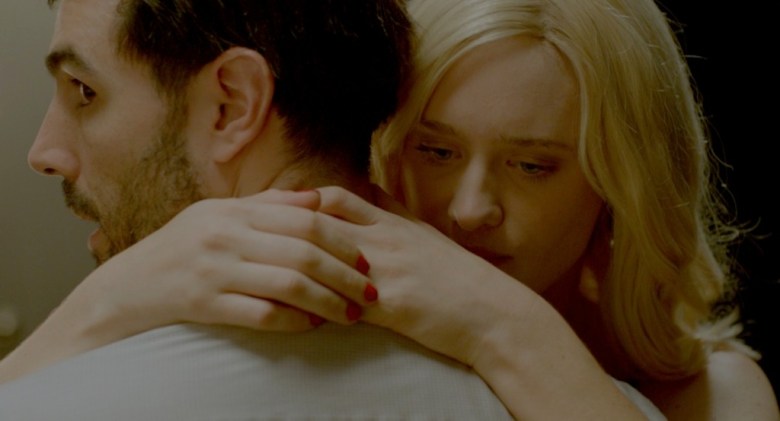 Earlier this year, filmmaker Aaron Aites passed away after a long battle with cancer, leaving behind both an enviable and exciting body of work — in addition to his films like “Until the Light Takes Us” and “99% – The Occupy Wall Street Collaborative Film,” he was also the lead singer of the band Iran — and his partner in both life and work, fellow filmmaker Audrey Ewell. At the time of his death, Aites and Ewell were working on a new film, a sci-fi-tinged short starring Mackenzie Davis and fellow filmmaker Shane Carruth entitled “Memory Box.”

The film — which Aites and Ewell were originally imagining as the proof of concept for a full feature — follows a young mother (Davis, who continues to excel at every role put in front of her) who works at a facility where actors recreate clients’ memories for them, but when a client pushes her to break the rules and jeopardize her job, she’s forced to decide just how far she will go. In the process, reality becomes upended and memory becomes entangled with fantasy. It’s tricky, fun and unique, and it shows great promise as the pair moved from documentary to fiction filmmaking.

Ewell recently debuted the film at this month’s Fantastic Fest, and she’s hopeful that the short can touch a wider audience, care of an IndieGoGo campaign that’s reaching its final days. The film, however, is getting an online-only release today, and we at IndieWire are very, very proud to share the short below.

If you’d like to donate to Ewell’s IndieGoGo campaign to finish and more widely release the short, please head over to her official IGG page right here. She’s also offering up a ton of cool perks for fans her and Aites’ work, along with the knowledge that every dollar goes to helping a very special filmmaker finish an important project.

You can watch “Memory Box” in full below.

This Article is related to: Film and tagged Short Film