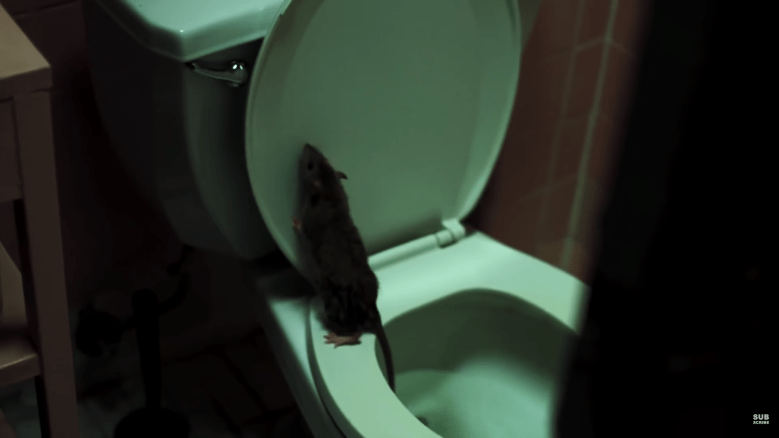 Morgan Spurlock’s new documentary, “Rats,” doesn’t seem like a huge step away from his Academy Award-nominated “Super Size Me,” and the filmmaker appears to be once again exploring a topic that society has almost become numb to: The effects of vermin.

The documentary’s shocking new trailer plays out almost as a trailer for a horror movie would, especially when the rats are shown from a distance as mere foragers and up close as gigantic monsters. The trailer also has the vague feel of a disaster movie, with scientists discussing the effects of rat population growth and mutations. Spurlock’s new documentary definitely seem to have a more dour tone then his previous humor-laden ones. Perhaps the most curious aspect of the trailer is that Spurlock, who typically shows up on his films, is absent altogether.

READ MORE: Why TIFF’s Midnight Madness Program Attracts Cinephiles From Around the World Every Year

“Rats” promises to be a globetrotting affair with Spurlock examining how different cultures handle the issue of vermin. The documentary is based on Robert Sullivan’s bestselling book and recently had a suitable midnight premiere at the Toronto Film Festival in the Midnight Madness Section. It is set to premiere on the Discovery Channel on October 22. Check out the trailer below.

This Article is related to: Film and tagged Morgan Spurlock, Trailers, Video