The fashion-designer-turned-director makes an impressive play for the big leagues. 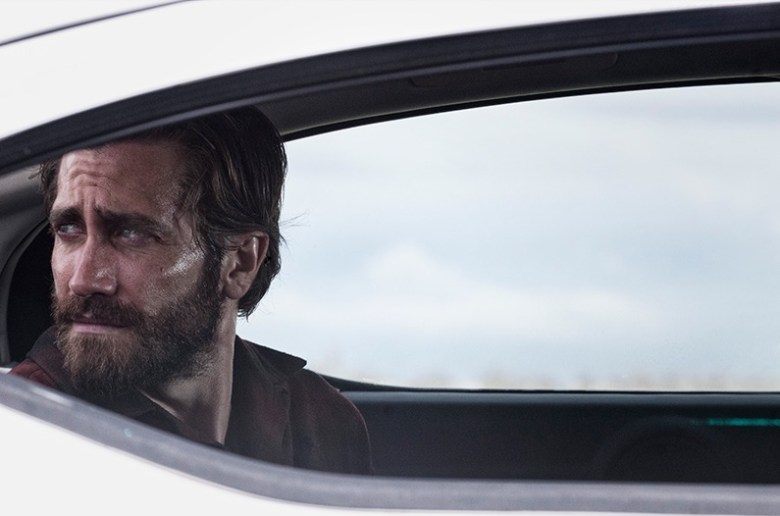 Gather round, fashionistas, because I have news for you. For his follow-up to 2009’s “A Single Man,” Tom Ford hasn’t just made one film – he’s sort of made two. “Nocturnal Animals” is an impressively ambitious effort, one part mean Texas thriller, one part middle-age melodrama, and makes for a meta-textual riddle that is almost as pleasurable to reflect on as it to actually watch.

Let’s take it slow. Amy Adams (her again!) plays Susan Morrow, a Los Angeles high society maven with a successful art gallery and a failing marriage. While distant husband Armie Hammer jets between L.A. and New York for business (and, you know, business), Susan lounges in their beautifully adorned house, contemplating her many pieces of modern art, and wondering where it all went wrong.

She gets a pretty helpful hint once she receives a soon-to-be published manuscript from her soon-to-be first ex-husband, Edward (Jake Gyllenhaal, seen only in flashback). The book, titled “Nocturnal Animals” and dedicated to her, turns out to be violent potboiler set in West Texas. She starts reading, and then…

Jake Gyllenhaal is Tony Hastings, a family man taking an overnight drive through West Texas, wife (Isla Fisher) and daughter (Ellie Bamber) in tow. The three encounter a bunch of rednecks on an empty stretch of highway and their harrowing encounter soon leads to tragedy. Later, Tony joins forces with chain-smoking lawman Bobby Andes (Michael Shannon – the film’s gruff M.V.P.) to track those baddies down and bring them to justice.

The film is evenly split between both the timeline (“real world” versus “book world”) and genres (melodrama versus thriller) giving both Gyllenhaal and Adams a wide range of notes to play. The “real world” moves back and forth in time, with Adams convincingly pulling off an eager twentysomething and her jaded shell twenty years later. Gyllenhaal has the somewhat sadder part, playing a man who loses everything not once but twice, and the reliable actor nails it in both registers.

“Nocturnal Animals” is perfectly simple in scene-to-scene but nigh impossible to get an overall hold on because it’s never clear to what extent we’re meant to take any of it “seriously.” On one level, Ford really does try to make a straight-ahead Jim Thompson style potboiler, and he goes whole hog detailing that muscle car and Marlboro world. Ford’s work in never farcical or glib in those early confrontations between Tony and the roadside bullies. The slow build-up to the violence is genuinely frightening and it genuinely works.

But then, we know the Texas section’s ideas about weakness, and notions of what it takes to be a real man, are not entirely “on the level” either. They’re not the themes Ford wants to explore, but the one of his characters does. So many “real world” flashbacks end with someone questioning Edward’s manliness, deriding him as weak. We learn how Susan left him; we see his heart break in real time.

So how much of the Texas story’s leathery machismo is the film’s critique of what these days folks are calling “fragile masculinity”? Is the film a riff on the Peckinpah’s “What does it take to be real man” question, or is it a giant goof on “what kind of man would even ask that question to begin with”?

Hell, we can take it a step further when we realize that the present-day Edward never appears in the film. We only see him in flashbacks or as Tony, the character in the book. In short, we only ever see him through Susan’s perspective. And wait, isn’t that actress Ellie Bamber, making her way from the “book world” to play Susan’s daughter in the “real world”?  So then, how much of the Lone Star stereotypes and wounded machismo are projections on Susan’s part? Do they tell us anything about Edward, or just animate Susan’s guilt and Left Coast disdain?

Like a riding a Mobius strip or opening a box of Pringles, once you start with these questions you just can’t stop. And Ford does little to resolve the inquiry by offering some baseline reality from which to calibrate the woolier elements. Susan’s story is just as outlandish the story she’s reading, often set to composer Abel Korzeniowski’s Technicolor-melodrama score and occasionally scathingly funny. By the point Laura Linney shows up, with a bouffant hairdo bigger than a lion’s mane and a string of pearls each the size of an apricot, to sternly tell Susan that “you always turn into your mother” (she plays her mother), we’ve gone full camp.

Which does make you wonder how much the two narratives are meant to reflect each other in a meaningful way, and how much is playful genre dress-up. Though, in sum total, it doesn’t really matter, because really, who better to play dress-up than designer turned full-fledged film director Tom Ford?

“Nocturnal Animals” premiered at the Venice Film Festival. It will arrive in theaters on November 18.