The event will take place October 23 in Los Angeles. 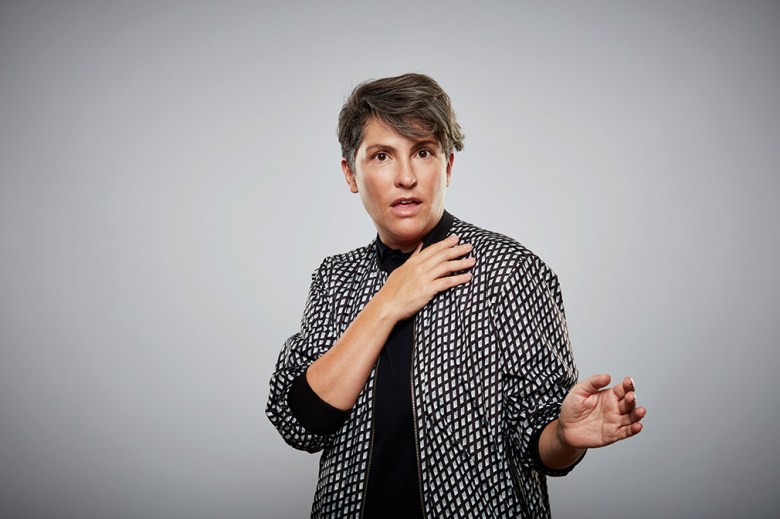 Jill Soloway just won her second Emmy for directing “Transparent,” and now the writer/director and cable network Freeform will be honored at Outfest’s 2016 Legacy Awards. The event will take place on Sunday, October 23 at the performing arts venue Vibiana in downtown Los Angeles.

“Jill Soloway has elevated the current transgender conversation like no one else and presents another facet of the LGBT family with dignity, honesty, and humor,” stated Christopher Racster, Executive Director of Outfest. “There is no other network in the current landscape that is doing more to represent the current attitudes and philosophies of younger viewing audiences than Freeform. Their programming reflects that the path forward for so many young people today is not straight but one full of choices and options and recognizing that gives us all more equality and understanding.”

Soloway will receive the Visionary Award, which recognizes artistic and creative contributions to LGBT media visibility. Among her work receiving recognition include her Emmy-winning Amazon series “Transparent,” the first scripted TV show to feature a lead transgender character, and her contributions to “Six Feet Under” and “I Love Dick.”

Aside from developing “Transparent,” Soloway is known for her first feature, “Afternoon Delight,” which won the 2013 Directing Award at Sundance. She’s also written episodes for “Dirty Sexy Money,” “Grey’s Anatomy” and “Tell Me You Love Me,” and co-created the theater productions “The Real Live Brady Bunch,” and “The Miss Vagina Pageant,” among others.

READ MORE: Jill Soloway On Why She Addresses Race Head On In ‘Transparent’ Season 3

As for Freeform, which was previously known as ABC Family, the network will be given the Corporate Trailblazer Award for its groundbreaking programming for young adults that includes LGBT-friendly programs “Pretty Little Liars,” “The Fosters” and “Shadowhunters.”

Founded in 1982 by UCLA students, Outfest, an LA-based nonprofit organization, prides itself of promoting equality by creating, sharing and protecting LGBT stories on the screen. The Legacy Awards serve as a fundraiser to support the Outfest UCLA Legacy Project, which is dedicated to saving and preserving LGBT moving images. This year it celebrates its 11th anniversary.

This Article is related to: Television and tagged Freeform, Jill Soloway, Outfest