As expected, Chile is submitting "Neruda," Pablo Larraín's film about the country's most famous poet, for the Best Foreign Language Oscar. 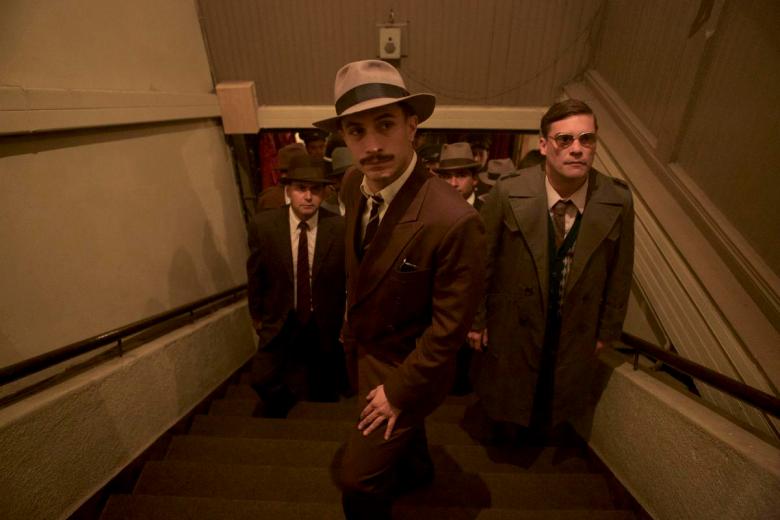 Pablo Larraín is having a good Toronto festival.

Not only has his first English-language film “Jackie,” starring Natalie Portman, been acquired by Fox Searchlight for December release at the height of Oscar season, but Chile has chosen his “Neruda” as its Oscar submission. Larrain’s film “NO,” also starring Gael García Bernal (“Mozart in the Jungle”), was nominated for the foreign language Oscar in 2013. Written by Guillermo Calderón, “Neruda” is a poetic, literary cat-and-mouse story set in 1948, when fugitive Communist politician and popular poet Pablo Neruda (Luis Gnecco) is in hiding with his wife, painter Delia del Carril (Mercedes Morán), moving from location to location with Police Prefect Oscar Peluchonneau (García Bernal) hot on his trail. Neruda is creatively inspired during this period and plays mind games with is his implacable nemesis.

The Telluride Film Festival honored Larraín with a tribute.

The Orchard acquired North American rights to “Neruda” (outbidding Sony Pictures Classics), after its warm reception in the Directors’ Fortnight section of this year’s Cannes Film Festival, and will open the drama in limited release on December 16, followed by a national rollout.

After Toronto, where co-producer and financier Participant Media threw a celebratory party, “Neruda” moves on to the New York Film Festival. Jonathan King, EVP Narrative Film at Participant, thanked The Chilean Council of Arts for selecting “Neruda” to represent their country.

“We have been thrilled with the warm reception and critical acclaim ‘Neruda’ has received since the film began its festival run earlier this year,” said The Orchard’s EVP Film & TV, Paul Davidson. “This latest bout of recognition and support from Chile is significant and an immense honor and we look forward to sharing Pablo’s uncompromised vision with audiences throughout North America.”