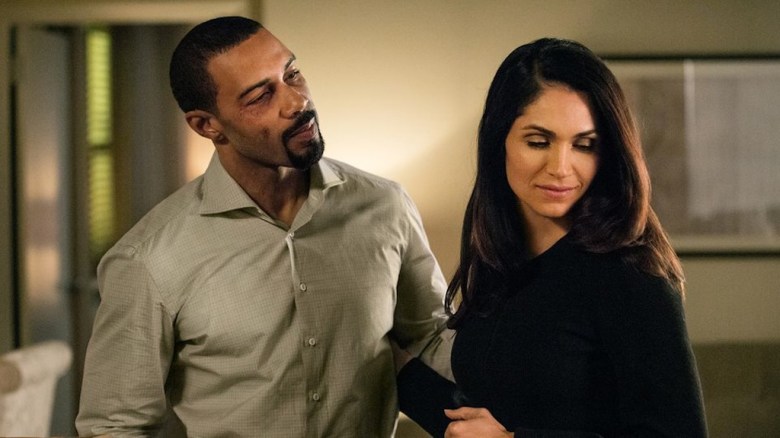 Starz’s crime drama “Power” wraps up its third season in a few weeks, which means we only have a few more episodes to see what happens with Ghost (Omari Hardwick), the former drug distributor-turned-legitimate club owner, his criminal pal Tommy (Joseph Sikora), his ex-wife Tasha (Naturi Naughton), and his current lover Assistant U.S. Attorney Angela (Lea Loren), whom she swore to bring to justice. Watch an exclusive clip from this Sunday’s episode, which features Ghost and Tommy planning their next move after they’ve suffered a recent setback.

Created by Courtney Kemp (“The Good Wife”) and produced by 50 Cent (“Get Rich or Die Tryin'”), “Power” follows the adventures of James “Ghost” St. Patrick, who struggles to balance his legitimate life with his criminal past. In the third season, Ghost tries to put his criminal past behind him once and for all, but discover it’s harder to walk away than he ever could have imagined. The series’ third season premiere was the highest-rated episode of a Starz original series pulling in over 2.26 million viewers, a 58% percent increase in viewership from last season’s premiere.

“Power” airs Sunday nights at 9pm ET exclusively on Starz. The series has been renewed for a fourth and fifth season.

This Article is related to: Television and tagged 50 Cent, Omari Hardwick, Power, Starz