The real-life story of a Ugandan chess champion gets the glossy Disney treatment. 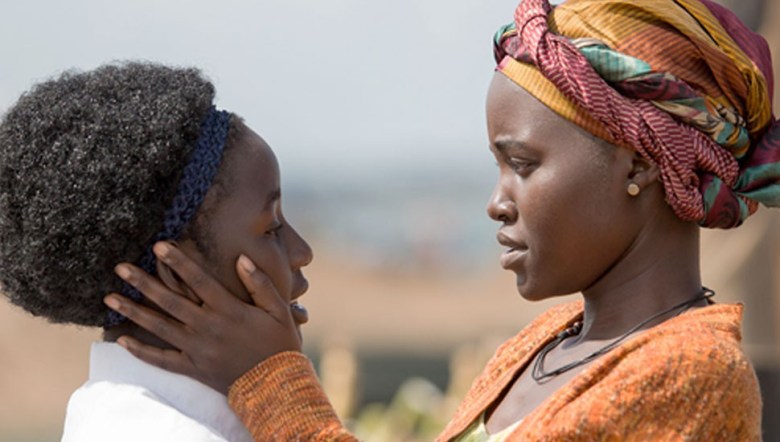 There’s nothing surprising or adventurous about Mira Nair’s “Queen of Katwe,” a sincere and sensitive dramatization of a 10-year-old Ugandan girl who became a world-renowned chess champion. Despite some of the harsher elements of the impoverished backdrop where Phiona Mutesi (Madina Nalwanga) grows up, Nair has made exactly the kind of feel-good tale of triumphant spirit entailed by the material. As Mutesi, Nalwanga delivers a serious, credible performance in which her intelligence outweighs the limited resources of her immediate surroundings; she’s complimented by a jubilant David Oyelowo as passionate coach Robert Katende and a ferocious Lupia Nyong’o as Phiona’s conflicted mother Nakku Harriet. Their perseverance unites the underprivileged community and sets the stage for a celebratory finale.

So why does “Queen of Katwe,” written by William Wheeler from journalist Tim Crothers’ book, feel so unsatisfying? The Disney-produced story simply lacks any genuine sense of urgency. No amount of strong performances and good vibes can hide the sense that we’re just watching a paint-by-numbers routine. Nair puts so much effort into galvanizing the movie’s central figures that the slightest hints of conflict register as little more than an inconvenience.

In the grimy shantytown, Harriet runs a tight ship for good reason. She’s a single mother overseeing her family’s work ethic by expecting them to invest their time in manual labor. But Katende, a college-educated transplant from the big city who coaches soccer for the local adolescents, sees an opportunity to train their minds. A smart chess player, he argues, can transcend class barriers with intellectual strength alone. So begins a series of training sessions, in which not only Mutesi but many of her eager peers take kindly to the game, while Harriet watches dubiously from the sidelines. Eventually, the whole group travels to a series of tournaments, struggling at first to deal with the foreign environment before using it to their advantage.

“Queen of Katwe” includes a handful of training sequences in which the rural kids use their street smarts to figure out the chess board, but it’s only truly compelling when focused on the dynamic shared by young Phiona and her enterprising coach. Newcomer Nalwanga wonderfully embodies the conflict between her local responsibilities and the lofty aspirations that Katende has for her. Oyelowo, meanwhile, does a terrific job of keeping his disciples energized about the various tournaments while trying to control the culture shock they face when traveling around. Nyong’o, saddled with the shrill role of Phiona’s concerned mother, does her best with clichéd material. The movie’s bright colors and breezy tone operate on the same wavelength — they’re pretty and endearing, but otherwise don’t leave much of an impression.

In one key scene, Katende calms down his nervous troops on the road by telling them the lively story of a lion. “Queen of Katwe” aims to have a similar effect on its audience, grinning through a series of circumstances for a genial portrait of developing courage. There’s certainly cultural value to a studio-produced look at a young black woman’s brilliant mind overcoming the social barriers that otherwise hold her down. But Nair is so committed to the uplifting tenor of this narrative that she drains out any semblance of suspense.

From “Mississippi Masala” through “The Namesake,” the filmmaker has excelled at studying the way that the breaking down of cultural barriers leads people to major new new stages of their lives. “Queen of Katwe” provides the dime store version of this process, following its committed young protagonist from one victorious point to another with an obvious trajectory devoid of genuine substance. Over the credits, the actors stand next to the people they play, and as the artifice evaporates it’s almost as if Nair is admitting that no amount of storytelling can approximate the real thing. By treating its outcome like a foregone conclusion, “Queen of Katwe” underserves the built-in power of its exultant tale.

This Article is related to: Film and tagged Lupita Nyong'o, Queen of Katwe, Reviews, TIFF 2016