An ambulance had to be called to the scene when the film became too much for a couple patrons. 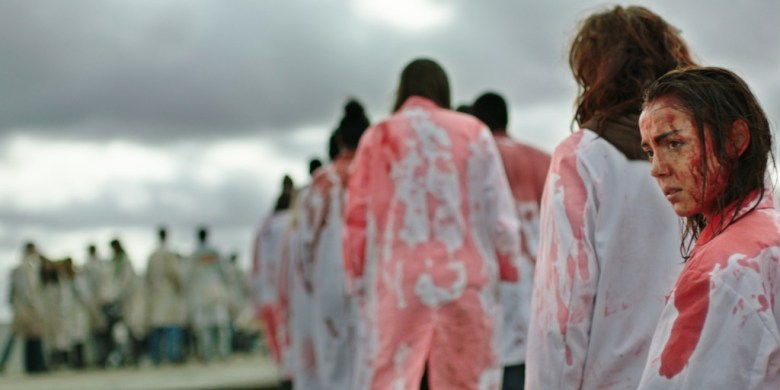 The Toronto International Film Festival is wrapping up this weekend, and while over 400 films will be screened at this year’s festival, only one was so intense some people required medical attention. According to The Hollywood Reporter, paramedics were called during a midnight screening of the cannibal horror film “Raw” to treat multiple people who had passed out.

Julia Ducournau’s feature-length debut follows the shy, 16-year-old Justine (Garance Marillier) who follows in her family’s footsteps and enrolls in veterinary college. She’s immediately thrown into the school’s humiliating hazing rituals, including eating a raw rabbit liver, which goes against her strict vegetarianism. After devouring the meat, she starts to crave more and more kinds of flesh.

The film made its world premiere in the International Critics’ Week section at this year’s Cannes Film Festival where it won the FIPRESCI Prize. There were no fainting incidents at Cannes.

“Raw” will screen later this month at Fantastic Fest. The film will also screen at the Mayhem Film Festival, Celluloid Screams, Beyond Fest and the Sitges Film Festival, all of which take place in October. It will be released in the U.S. from Focus World at an undetermined date.

This Article is related to: Film and tagged Julia Ducournau, Raw, TIFF 2016