Many claim the film doesn't hold a candle to Laura Poitras' 2014 documentary "Citizenfour." 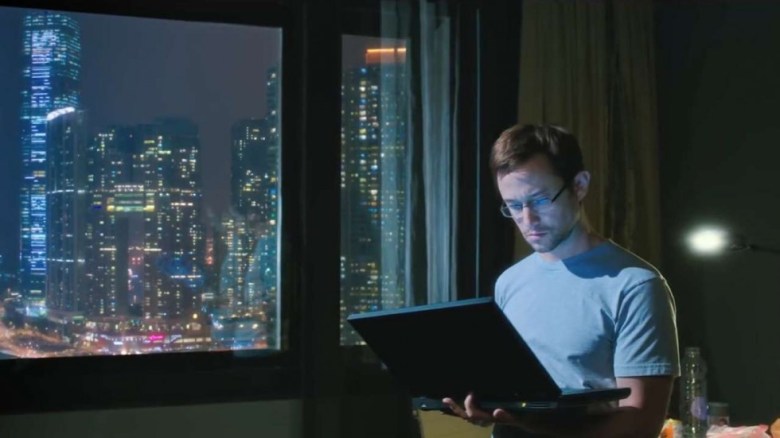 Oliver Stone’s latest film “Snowden” premiered at the Toronto International Film Festival yesterday to mixed reviews. The film follows the story of Edward Snowden (Joseph Gordon-Levitt), the man who leaked classified NSA information to The Guardian in 2013, but critics say that the better version of the tale was told in Laura Poitras’ documentary “Citizenfour.”

On the positive end of the spectrum, Variety’s Owen Gleiberman says that “Snowden” is “the director’s most exciting work since ‘Nixon'” and calls it “the most important and galvanizing political drama by an American filmmaker in years.” He continues, “But whether you’re pro-Snowden, anti-Snowden, or somewhere in between, Stone’s movie is sure to deepen your response to his actions, and to the whole evolution of the American intelligence community in the age of meta-technology. ‘Snowden’ isn’t leftist-conspiratorial propaganda (though some may accuse it of being that). It’s a riveting procedural docudrama that takes a deep dive into what surveillance has become. In doing so, it’s a movie that — no small thing — makes Oliver Stone matter again.”

On the other hand, The Hollywood Reporter’s Stephen Farber argues that Stone’s rendering of the story is “earnest, decorous, and — dare we say — a tad dull,” and though Levitt does a good job with the performance, Snowden is “not the kind of character who will draw intense audience empathy.” Farber goes on to say that, “Stone’s direction is measured, methodical, and totally lacking in the fire and flamboyance that sometimes electrified and sometimes ruined his earlier films. The story moves along without any real sense of urgency or suspense.”

The Wrap’s Alonso Duralde claims that the biopic is “never as suspenseful or as stirring as…’Citizenfour'” and that though Levitt “gives, by design, a mostly reactive performance…he’s one of the few characters who’s allowed to have some shading.” On the whole, Stone might be “armed with powerful medicine” as an activist, “but as a filmmaker, he’s usually better about providing the spoonful of sugar.”

IndieWire’s own Eric Kohn gave the film a C+ and reiterates that the film “largely becomes the CliffsNotes ‘Citizenfour,’ now with a Hollywood gloss.” He says that “Snowden” “rises and falls on the presentation of its hero, and Gordon-Levitt’s deadpan performance isn’t entirely engaging. For such a complicated figure that’s fair enough, and the actor does grow into the part as the movie continues along. Nevertheless, nothing can beat the real thing, and Stone realizes as much.”

Finally, The Guardian’s Benjamin Lee awarded the film 2 out of 5 stars and says that Stone is “quite clearly not the man” to tell this particular story. “For a film that takes place within the last 13 years, it often feels as if it were made in the mid-90s, with TV movie music cues and a string of outdated stylistic choices managing to make a story of the moment feel like a thing of the past…Virtually every directorial choice is aimed at making Snowden’s life seem more conventional and it results in the majority of scenes feeling like a lifeless construct.” Lee does say that Levitt gives an “understated and entirely committed performance” and that he showcases “previously untapped depths and [makes] us wish the film around him were quite as effective.”

“Snowden” will be released into theaters on September 16th.