Everyone knows about the so-called "miracle on the Hudson," but Eastwood brings viewers into the cockpit. 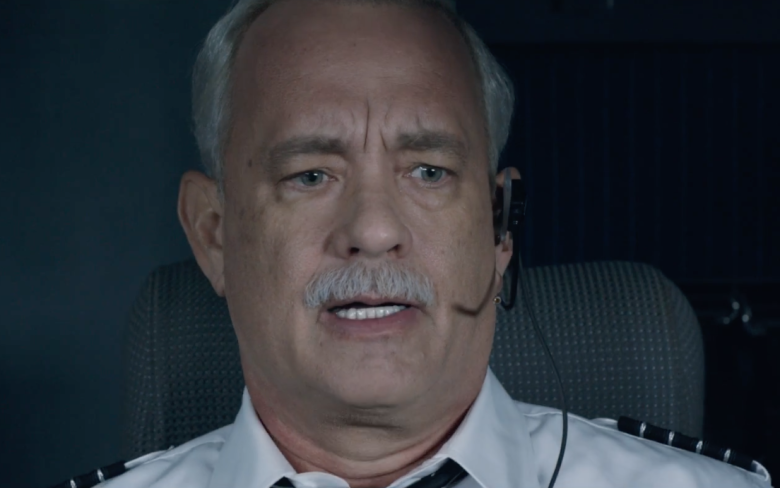 Until now, the shocking landing of US Airways Flight 1549 in the middle of the Hudson River, where Captain Chelsey “Sully” Sullenberger landed the commercial jet after a collision with birds in January 2009, has been famous for a single image: 155 passengers, all of whom survived, standing on the wings of the plane as it gradually sank into the icy waves.

With “Sully,” Clint Eastwood digs behind that astonishing visual, providing a compelling assessment of the eerie moments leading up to it. With Tom Hanks appropriately cast as good-natured Sully, Eastwood delivers an earnest, straightforward look at the way the captain’s professionalism saved the day. But while that aspect of the movie hits more than a few obvious notes, the crash is the real star of the show.

Even at a lean 98 minutes, Eastwood manages to return to the unsettling event several times over, and the suspense deepens each time out. Unlike Robert Zemeckis’ “Flight,” in which the incredulous crash landing remained just that, “Sully” explores the experiences of everyone on the plane for the same reasons the captain was scrutinized by the National Transportation Safety Board in the weeks following the incident — to determine if he made the right decision to put the plane down in the water rather than diverting to a nearby airstrip. Does this sincere working class man, transformed into a national hero overnight, deserve the acclaim? It’s the kind of old-fashioned quandary that Frank Capra loved to assess, and Eastwood follows suit, with a familiar drama only given a fresh spin by its ability to put viewers in the cockpit. In the wake of “American Sniper,” the filmmaker continues to prove that he’s a master of thrilling sequences even when the surrounding exposition fails to keep up.

The bulk of the story revolves around Sully’s nerve-wracking encounters with the authorities as he explains his actions, while keeping his equally nervous wife (Laura Linney) at bay. There’s some modicum of intrigue to the way Todd Komarnicki’s screenplay (adapted from Sullenberger’s book) captures the pilot’s shrewd ability to explain his actions, despite the committee’s insistence that computer programs show he could have landed elsewhere. And Hanks lands a few evocative reaction shots as Sully wanders New York City surrounded by media reports of his achievement, unable to accept what he has done. Eastwood, however, never really succeeds at getting inside the captain’s head except when he brings us back to the crash. In fact, the film’s sharpest moment unfolds over the credits, when “Sully” jumps right into the final seconds of the landing — except that it doesn’t unfold the way you might expect. It’s clever maneuver to throw audiences off balance as the sequence continues to crop up with unexpected details revealed each time. In other instances, the 208 seconds between the plane’s encounter with the birds and its arrival in the Hudson unfolds from innumerable angles — from the shaky (and eventually very wet) plane aisle to the views of nearby vehicles. Komarnicki’s script adheres to many of the details in Sullenberger’s own book, but that subservience would mean nothing without the low rumblings of the sound design and masterful editing that weaves the crash together from dozens of new perspectives.

“Sully” is less compelling when it turns to obvious devices to elaborate on the captain’s mounting stress after the crash (as when he dreams of a Katie Couric report that blames him for the events). Eastwood includes additional padding from flashbacks to Sully’s first flight and strained calls to his weepy spouse that lack much in the way of surprise. Being the tale of a good-natured family man, “Sully” doesn’t offer much for its women: Just as Linney lacks strong material, Anna Gunn is saddled with the robotic part of an aviation investigator attempting to bring Sully down.

These shortcomings, however, speak less to gender-related issues than the film’s cheesy reverence to the heroism of everyone present on that fateful day. Sully credits his co-pilot, the crew, passengers, and rescue workers for collaborating in the heat of the moment; a closing note agrees, celebrating how “the best of New York came together.” Eastwood manages to squeeze in some endearing moments with supporting characters — a father and son separated during the hectic crash, a terrified air traffic controller who assumes he’s responsible for it — but they’re shoehorned into a story that has little to do with them. Ultimately, “Sully” belongs to Hanks and Eckhart, who confidently personify the real men’s disbelief as they struggle to reconcile their decisions during the fleeting emergency with the authorities’ cold assessment of the outcome.

But no matter how much the script pushes for it, this isn’t even their movie. Returning time and again to the crash, “Sully” recreates each unnerving moment. Viewed alongside documentary footage and stills of the rescue that play over the credits, the movie drags the awe surrounding the crash back to the real world. As Sully explains, “Everything is unprecedented until it happens for the first time.” The so-called miracle on the Hudson was viewed as unfathomable even after it took place. While it overstates the message, “Sully” proves that it happened for a good reason — and that without its eponymous captain, might not have happened at all.