Cookie is her "Sasha Fierce," the Emmy-nominated star is proud to say. 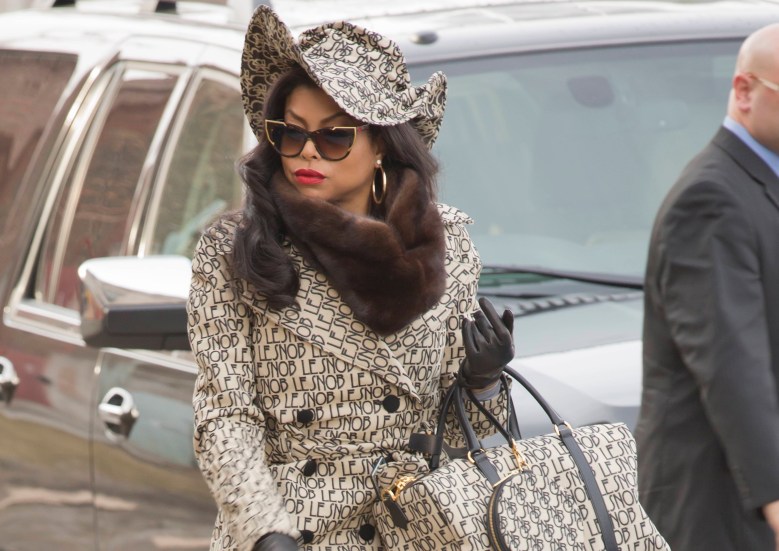 The relationship between Taraji P. Henson and her “Empire” persona of Cookie is a complicated one — if only because while Henson has been nominated three times for her work as Best Actress in a Drama, she feels like her best skills lie in comedy.

READ MORE: Taraji P. Henson’s ‘Empire’ Highlight Reel Has to Be Seen to Be Believed

“I come to drama from a comedy background,” she told IndieWire during the Television Critics Association press tour. And from her point of view, that’s what not only fuels her, but many other comedians as well as they explore the boundary between laughter and pain.

It’s a boundary that Henson has explored a great deal thanks to the “Empire” set’s openness to ad-libbing — which she’s been able to keep going on other projects, such as the upcoming awards season contender “Hidden Figures,” in which she plays a 1960s mathematician, a role that she found to be the “polar opposite” of Cookie.

Of course, the power of Cookie cannot be denied — even if Season 2 skimped on the hats. Don’t worry. Below, Henson promises to fix that.

From the beginning of the series, I was a huge fan of Cookie’s hats…

She hasn’t been doing many hats! The second season I had that Le Snob hat, and I had a face veil.

But I don’t think I tried on one hat this year. Hey, you know what, I’ll bring that up to [costume designer Paolo Nieddu]. More hats.

As a character detail, what does a great accessory like that give you?

[Nieddu] gave me those Le Snob glasses that flip up and down — we’re such a great tag team because he’ll give me something: “Honey, I know you’ll work it into the scene.” So he’ll give me like a fabulous Judith Leiber bag and I’ll like fiercely put it down with a nail, or, you know, flip the glasses down, or walk in with the shades and take them. I know there are some actors who can’t stand watching themselves on camera.

I used to be like that. I can’t watch myself during the process, but it’s easier to do now with social media, because it’s like you’re watching with the audience, you know? So it’s not me sitting there like – oh god, why did you turn this way? Why did you do your eyes like that? Why did you say it like that? You know what I mean? So I have the distraction of the real world to go, okay, you did hit that beat, they’re picking it up, I see they’re tweeting that line, oh my god that ad-lib worked. It gets me out of my head, to watch it with an unbiased audience.

I’ve heard you speak before about how you really value the ability to be able to ad-lib, and you said that it comes from being in a safe environment. Was that something that happened right away, or did the world of “Empire” start feeling safe over a period of time?

It felt that way from the beginning. It felt that way when I went to read with Terrence for Lee and Danny. It just, that’s how it started. They just let me go. I mean, that’s how “Boo Boo Kitty” was born. That was in the pilot. That was like one of the first scenes we shot and it just came out and they were like, “We’re gonna keep it! We’re gonna keep it!” So the more they kept saying, “We’re gonna keep it,” I was like, “You wanna keep this too?” You know? It’s just good to play. I don’t do it a lot, I only do it when it’s called for, because you don’t want to have a scene full of ad-libs then where’s the scene going? It has to be it’s like comedic, the timing has to be right and if you’re not feeling it, chances are you shouldn’t ad-lib. [laughs]

Do you feel like you’ve gotten to do a lot of comedy?

That’s my strongest talent. I did a lot of musical theater in college, and that’s a lot of comedy, a lot of timing. And that’s really my strong suit I think. But also, in having said that, I’ve noticed growing up in my life I’ve watched a lot of comedians and they were able to transition into dramatic roles gracefully. Because comedians deal with pain — that’s why they’re so cynical, that’s why they can laugh at each other. At themselves. Because the world has been throwing rocks at them all their lives, so now they’ve turned those rocks into something funny, you know? So their pain is layered. When they play these dramatic roles, they can bring you those highs and lows because they’ve had that comedic timing.

And to me they make better dramatic actors, so, I come [at] drama from a comedy background. Not that I did standup a lot, I was just great and gifted in the comedic timing. Just in life. Just the way I tell stories with friends, you know? So I think that’s really where my talent lies. I have yet to be able to really do a comedy but…we’ll get to it.

What kind of comedy would you like to do?

I mean, not the comedy where you’re like HERE COMES THE JOKE! YOU READY? CATCH IT! More like situational things. Just comedy happening out of real life situations. Like the Judd Apatow films, you know — it’s not really setting up the jokes, it’s just out of these circumstances you laugh. I try to bring a lot of the comedy elements to Cookie. I want to make her a multi-dimensional character, as we all are as humans. We’re not one dimension. There are layers, we keep pulling back the onion. The layers of the onion, you know. I feel like a lot of time, actors talk about characters coming from themselves as a person. Do you feel that Cookie is a separate entity from yourself?

Oh, absolutely. Like, I mean, I grew up in the hood, I didn’t sell drugs. You know, I chose another path. I chose education, you know, working. I see the pitfalls, I can understand why her back, her and Lucius, their backs was against the wall. They were young parents, you know it happened. Um they had no education, you know, they made the best they could with the cards dealt to them, you know? And coming from the hood I remember when crack got dropped off I remember entire families being destroyed.  I grew up in a broken home. And now I’m looking at my friend who had both parents at home now crack is here, they’re divorced, and living in the street. Y’all are homeless — what? I remember that era, so things like that I was able to pull and draw from to make her real. But she’s totally different from me. I can’t go around flying off the handles saying what I want to say, I would get railed for it (laughs). So she’s actually my Sasha Fierce, my alter ego.

At some point, one presumes, “Empire” will end. Do you feel like it will be hard to transition from this to a completely different character?

No. I’ve been doing it. I have a movie coming out [“Hidden Figures”] — it’s very important for me because I’m an artist, I’m a character actor, so it’s very important for me to keep my instrument working. Lubed up, if you will. And so whenever I’m not doing Cookie, I race to something that’s the polar opposite of her, and I couldn’t get more polar opposite than a mathematician. I mean she’s literally glasses…she doesn’t say much…happy about her math, you know?

Was there room for ad-libbing on that side?

It’s a different way of ad-libbing. It’s not boisterous and loud. There’s one part that I saw of the trailer, a scene with myself, Janelle Monae and Octavia Spencer, where my character’s first meeting her next husband to be. They’re being introduced for the first time and we ad-libbed this whole thing about “Oh my god, why’s he looking, why’s he coming over here?” And she’s like, “I’m gonna go get some pie,” and I said, “You already have pie, Dorothy.” It was cute little moments like that, but they allowed for it.